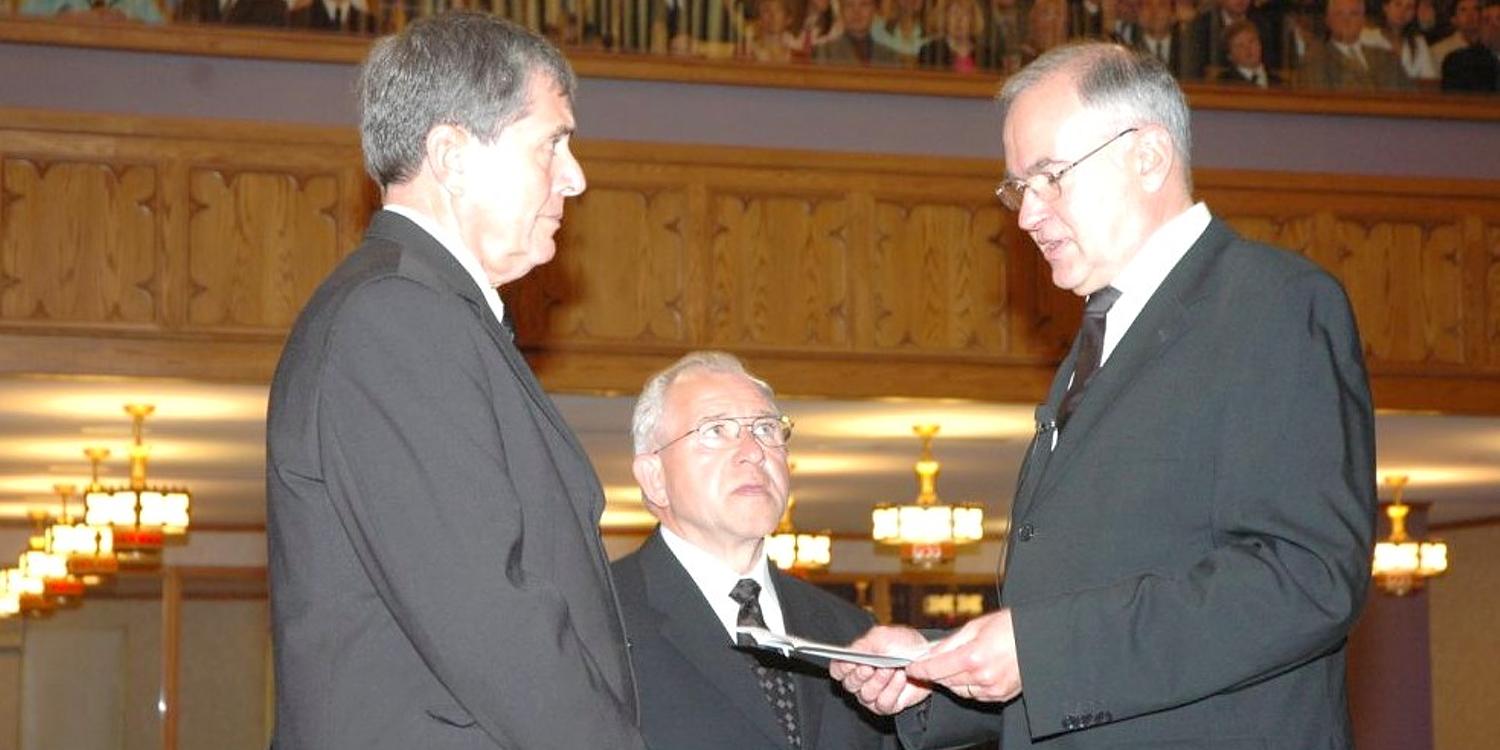 Retirement and ordination in Kitchener

Kitchener. Chief Apostle Leber, accompanied by District Apostles Leslie Latorcai, Theodoor deBruijn, Richard Freund and Johann R. Kitching, spent the weekend of September 16 and 17 in Kitchener-Waterloo, Ontario, Canada. On the Saturday the Chief Apostle took the opportunity to hold an Apostles’ and Bishops’ meeting at the Waterloo Administration Office.

Sunday was a special day because during the divine service at the Kitchener Central church he retired Bishop Lorne Brown (64) from Kelowna, B.C.. Bishop Lorne Brown was administration brother for more than 26 years. In 1979 he became new apostolic. Chief Apostle Leber then ordained Bishop John Sturm (55) of Saskatoon, Saskatchewan.

The textword used for the divine service was from Revelation 14:5, “And in their mouth was found no deceit, for they are without fault before the throne of God.” Having no deceit means to love the godly truth, the Chief Apostle said. He also clarified that being without fault does not mean being without sin.

The service was transmitted via satellite to 64 locations throughout Canada. 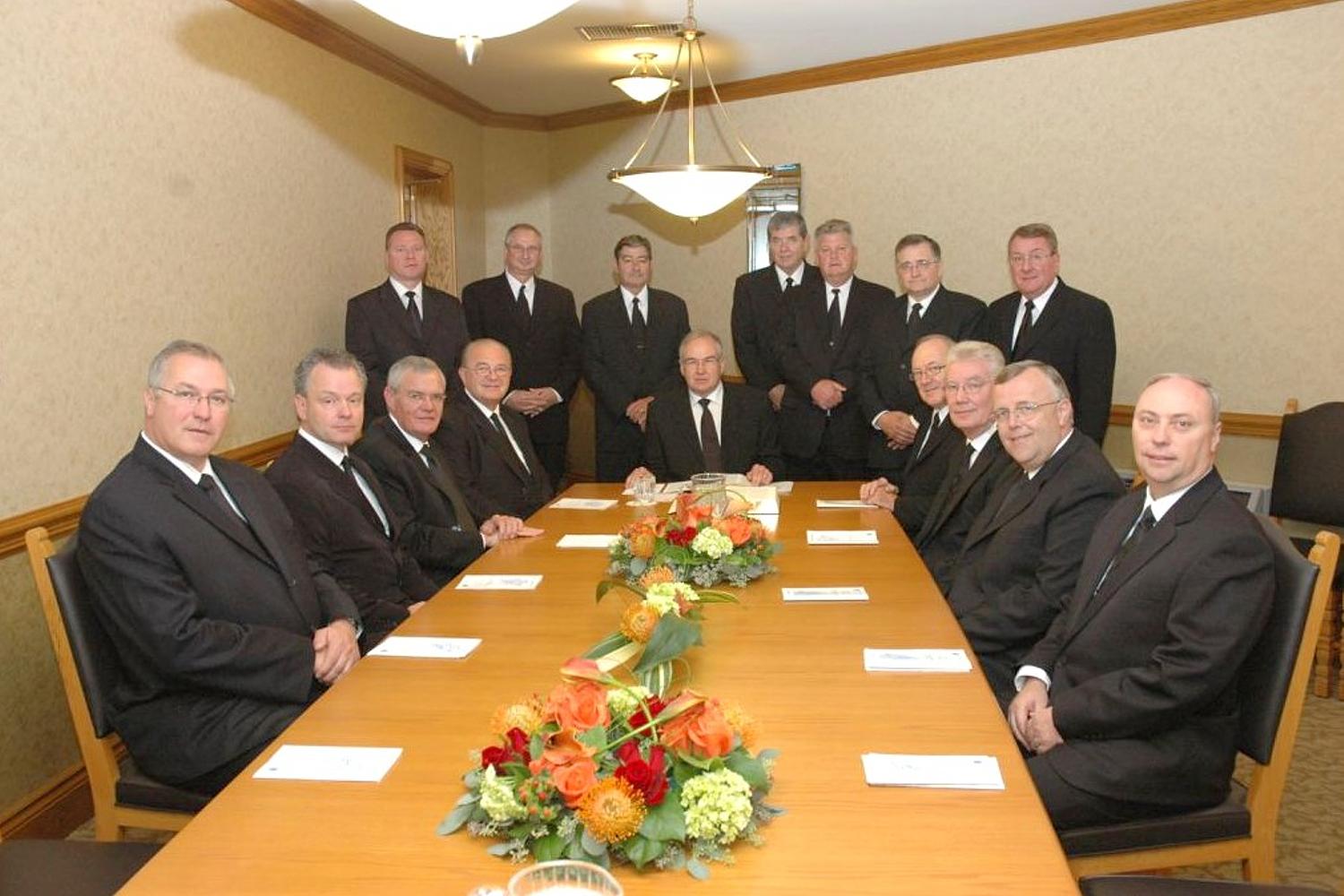 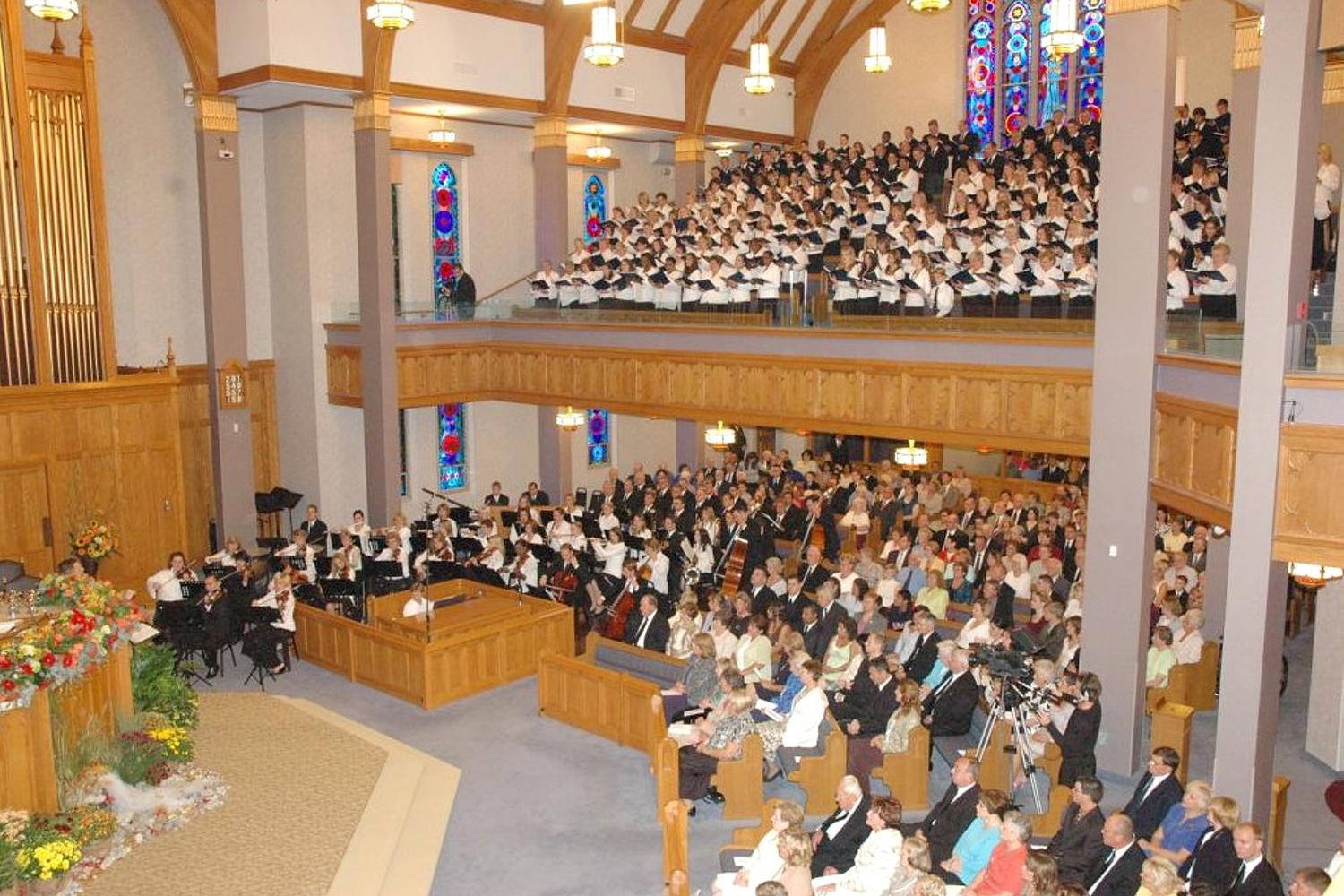