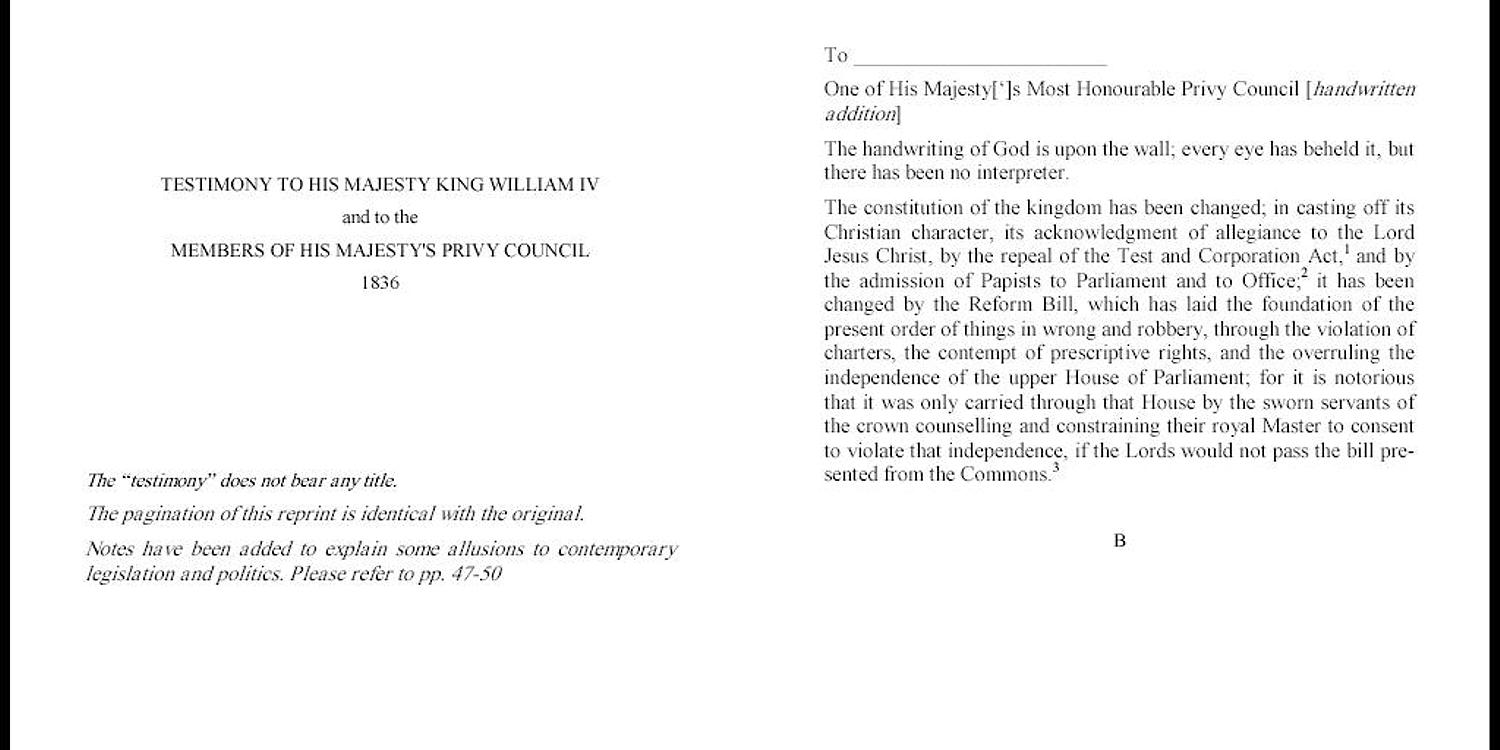 New Apostolic Church publishes series of articles on the Testimony

Zurich. The New Apostolic Church publishes a series of articles on the "Testimony". On 20 August the first of five articles appears in the German edition of the official church periodical "Unsere Familie". Here we will publish important source material and annotated versions of the articles in English, distributed by the Working Group History of the New Apostolic Church.

In the Testimony to the British king Apostle Perceval (1795-1859) criticizes among other legislation the great Reform Bill of 1832 in which, for the first time since the late Middle Ages, the franchise was enlarged (from 5 to 7 per cent of the adult population) in Britain. Perceval interprets this as giving up the concept of a government by the grace of God. The existing churches have failed and only a church newly-erected under apostles will offer a refuge from the imminent judgements.

At the same time the college of apostles publishes a joint testimony to the Anglican clergy. In the first part the Church of England receives praise as having preserved the church model originally given by God in greater purity than other churches. Rebuke follows because this church, like all the others, has apostatized from God’s ordinances. Soon God will lead Christians out of the spiritual Babylon into a church led by apostles. Those apostles, who will re-constitute the primitive ordinances of the church, have already been separated, but not yet sent forth. As soon as that happens, the clergy must lead their flocks into the work under apostles. Only so will they be able to escape the future judgements.

Copyright notice: The articles of the series "The Testimony" published on this website are the property of the New Apostolic Church International. It is not permitted to copy the articles on to other websites or in print. Setting a link to this site, however, is allowed.

Article 1: The Precursors of the "Great Testimony"

Testimony to the Anglican Church