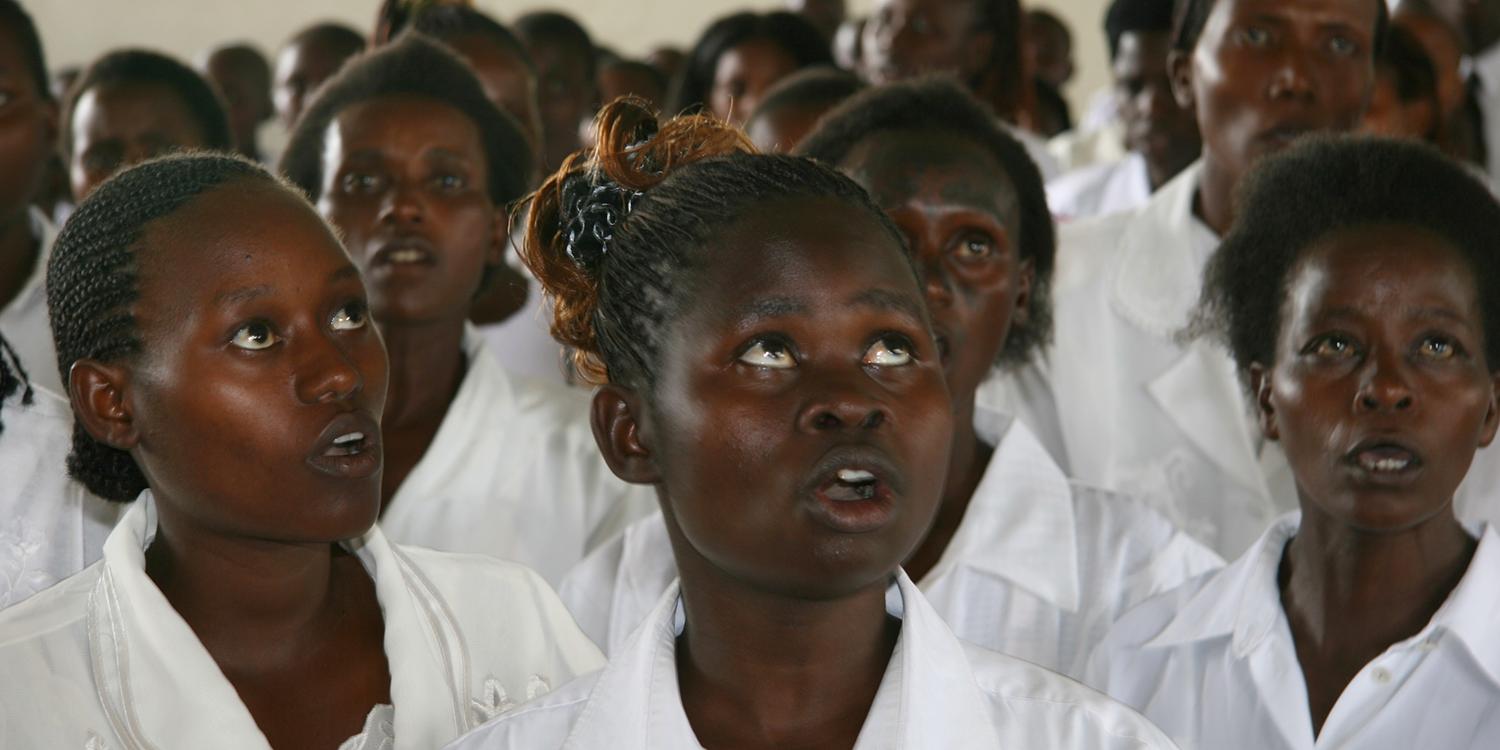 Retirements and ordinations in Kenya

Nairobi. A youth service in Embu on 13 May 2006 and a confirmation service in Nairobi, the capital of Kenya, on 14 May 2006, which included the dispensation of the confirmation blessing, three retirements, and six ordinations of leading ministers—these few words summarise an extremely interesting trip that Chief Apostle Wilhelm Leber took to the southeast of the African continent in mid-May. Some 1.3 million of Kenya’s approximately 32 million inhabitants profess the New Apostolic faith.

Apostle Jackson Kadenge (63), Bishop Joseph Ngoro (48), and Bishop Johnstone Simekha (63) were all given a festive retirement. All of them are numbered among the pioneers of the New Apostolic Church in their homeland of Kenya. Chief Apostle Leber emphasised that all three ministers had served “with complete devotion.” The chief apostle also thanked their wives and families for their dedication.

At the end of the festive divine service, the international Church president ordained two new apostles and four bishops for the District Church of Tanzania: Elias Mwaisaka (54) and Vincent Wofile (44) received the apostle ministry. Watson Kalyembe (52), Emmanuel Macheho (39), Hamis Meleine (32), and Shukuru Mwailamula (51) will henceforth serve as bishops in Tanzania.

There are approximately 600,000 New Apostolic members in Tanzania. With an area of 0.95 million square kilometres, the country of Tanzania is nearly three times the size of Germany, but is relatively sparsely populated. According to Chief Apostle Leber, the New Apostolic congregations in the country require a more intensive sort of care on account of the often poor traffic infrastructure and great distances between them.

In the divine service which Chief Apostle Wilhelm Leber conducted in Nairobi’s central church, he called over 80 young brethren in faith to the altar, where they solemnly gave their confirmation vow in great dignity. The Bible passage from 1 John 2: 28, which he chose for the service applied not only to them, but to the entire, large, festive congregation: “And now, little children, abide in Him, that when He appears, we may have confidence and not be ashamed before Him at His coming.” 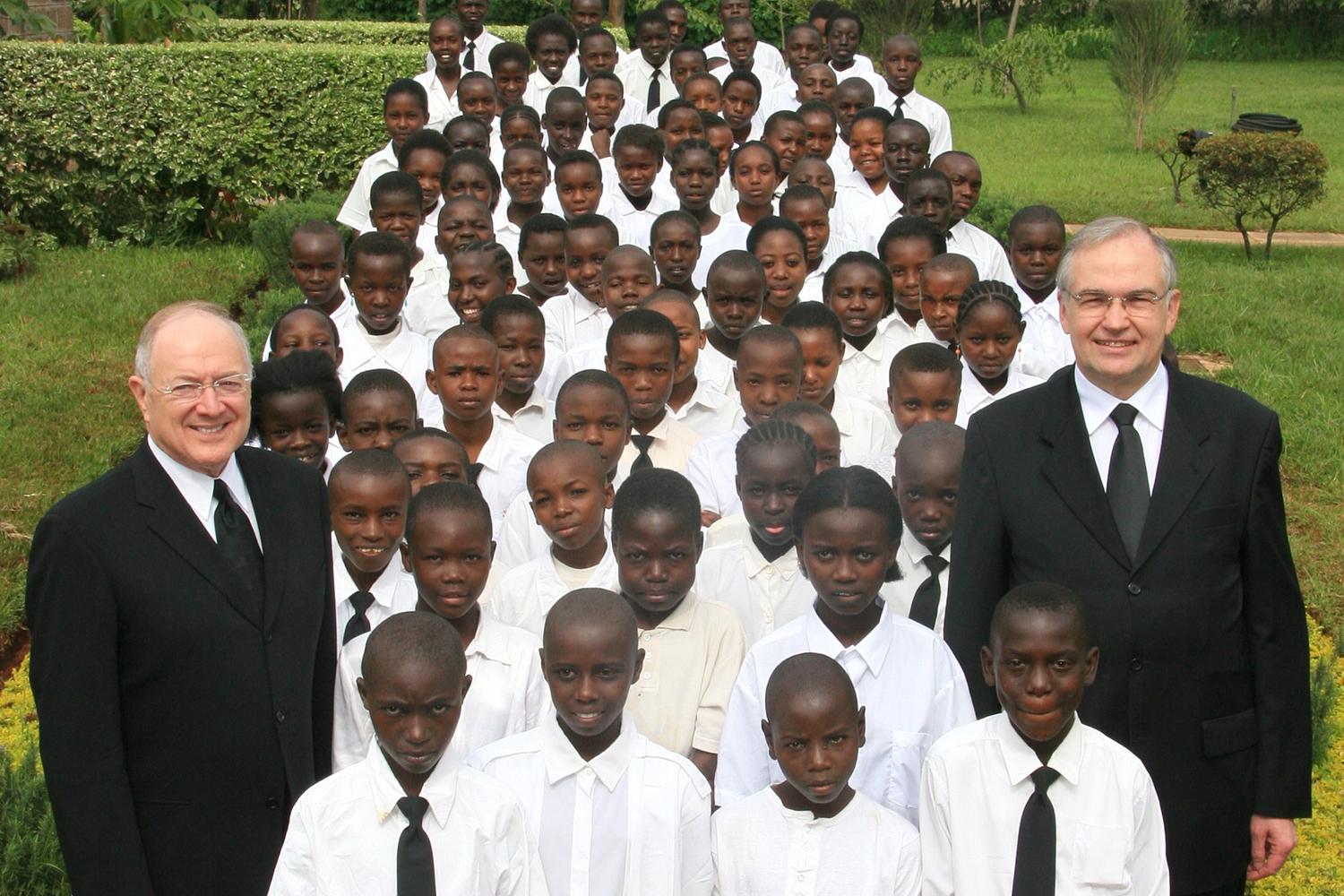 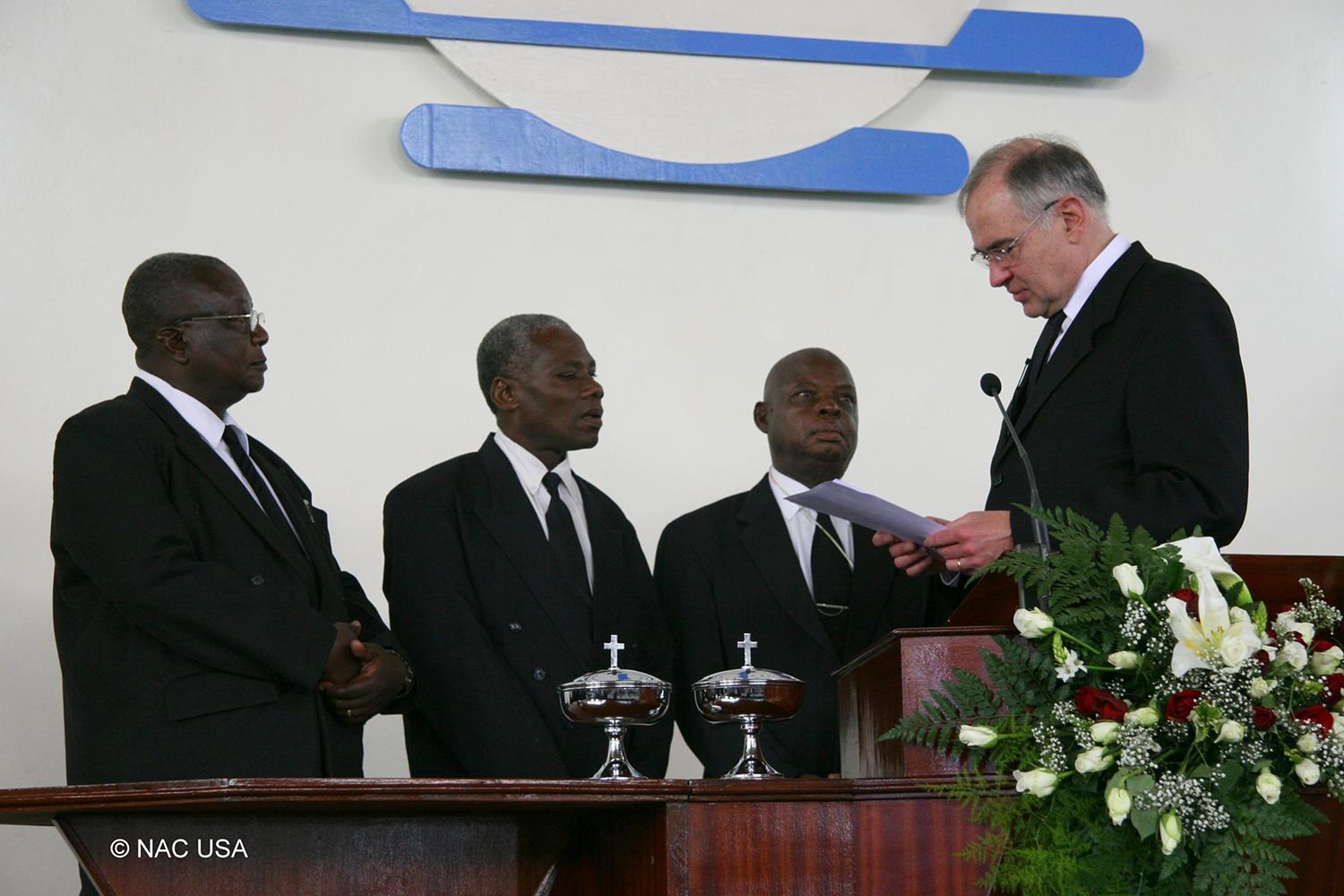