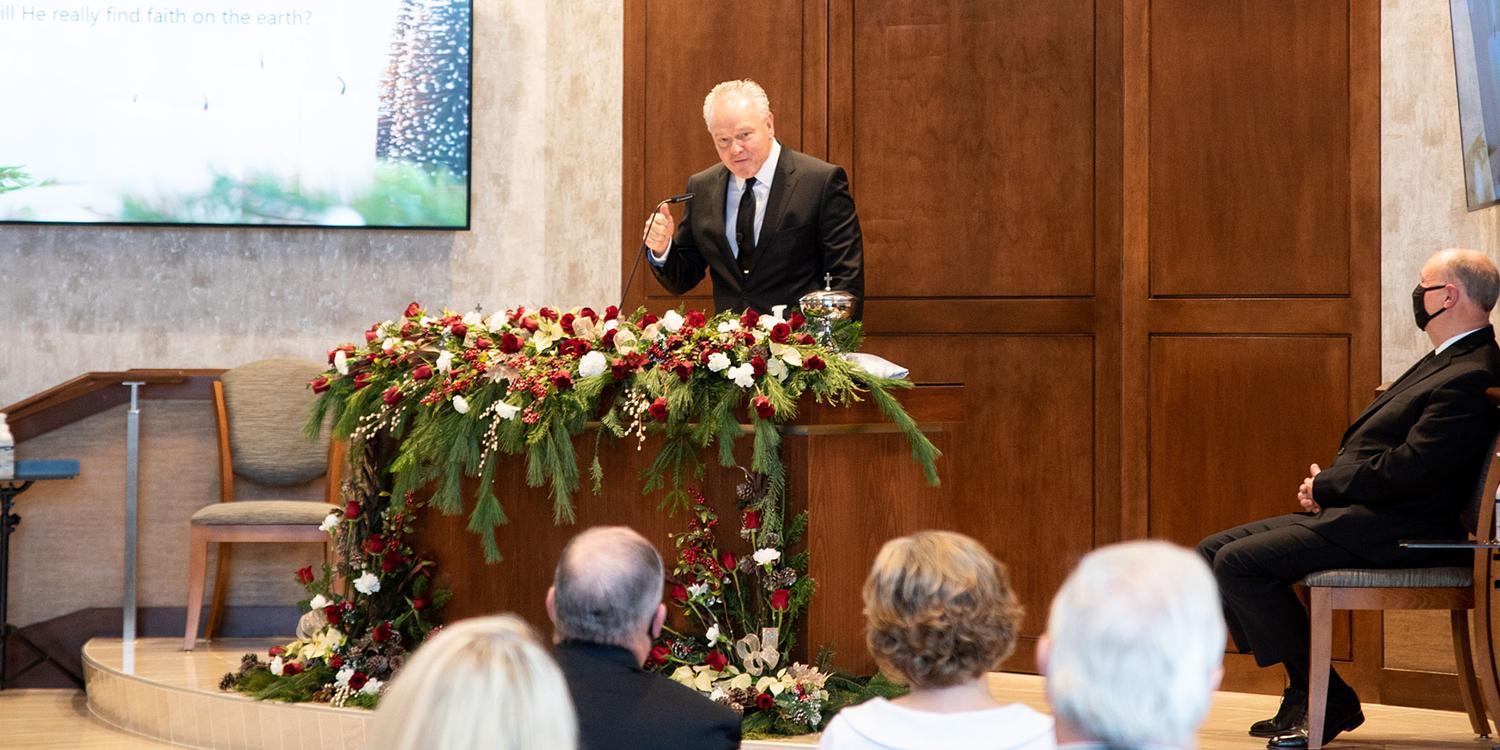 Zurich/Cambridge. Owing to the COVID-19 pandemic, Chief Apostle Jean-Luc Schneider was unable to travel to Cambridge, Canada. In his stead, he commissioned the responsible District Apostle Mark Woll to give District Apostle Helper John Sobottka, his friend of many years, a well-deserved retirement.

Right at the beginning, District Apostle Woll welcomed those connected to the divine service by the various media as follows: “The whole world is connected this morning.” It was a grateful look back in time. After all, the retiring District Apostle Helper had been an active minister of the Church for 40 years, 18 of them as an Apostle. On many occasions he demonstrated special qualities in the way he treated people and managed tasks.

Well instructed in management and languages

Hans-Joachim Sobottka was born in 1956 in Duisburg, Germany. In 1964, his parents immigrated to Canada with their two children in 1964. Working along in the cause of the Lord—at first within his congregation and later beyond—was a matter of honour for the young minister. In the year 2000, John Sobottka was ordained to the Bishop ministry. Only two years later he was ordained an Apostle, and then appointed a District Apostle Helper a year after that. His numerous travels as an ambassador of the Church led him to many countries in Africa and Asia.

Valued for humour and balanced approach

Apostle Sobottka is also appreciated for his humour and balanced approach. His motto has always been to try to show empathy by putting himself into the position of others. “We need to be in a position to communicate with people in their own unique situation. It is a question of understanding a little of their history, where they stand today, and what their visions are for the future,” he said in an interview with nac.today. Only then is it possible to talk to them about the gospel and show them how it is connected with their history, their present situation, and even what it implies for their expectations for the future—a typical statement for an Apostle accustomed to missionary work. By his own estimates, he has covered some 13 million kilometres during his time in office. In concrete terms, this amounts to about 180 days a year that he has travelled in the service of the Church.

His leadership qualities and multilingual capacity also served him well in his activity with the various working groups of the Church. For many years he was a member of the CG—the Coordination Group. His equally good knowledge of German and English was particularly valued when the Catechism was drafted.

For Apostle Sobottka, the Catechism of the New Apostolic Church is a godsend: “One of the great things about the Catechism is the concept of church. We human beings are imperfect. The congregation is imperfect. And the visible church is imperfect because it is comprised of imperfect human beings. However, we are to reflect the invisible church—the church as it supposed to be. And since we are not quite there yet, this means to me that we will obviously have to continue changing.”

Special thanks also goes to his wife, Holly, and his whole family.

In a divine service on 20 December 2020 in Cambridge, District Apostle Woll ordained two new Apostles: Jonathan Karl Sturm (*1976) will now be responsible for Canada’s four western provinces, and Arnaud Martig (*1971) will be responsible for the districts in the east of the country, as well as the District Churches served by Canada in the Republic of Congo, Chad, Rwanda, and the Central African Republic. 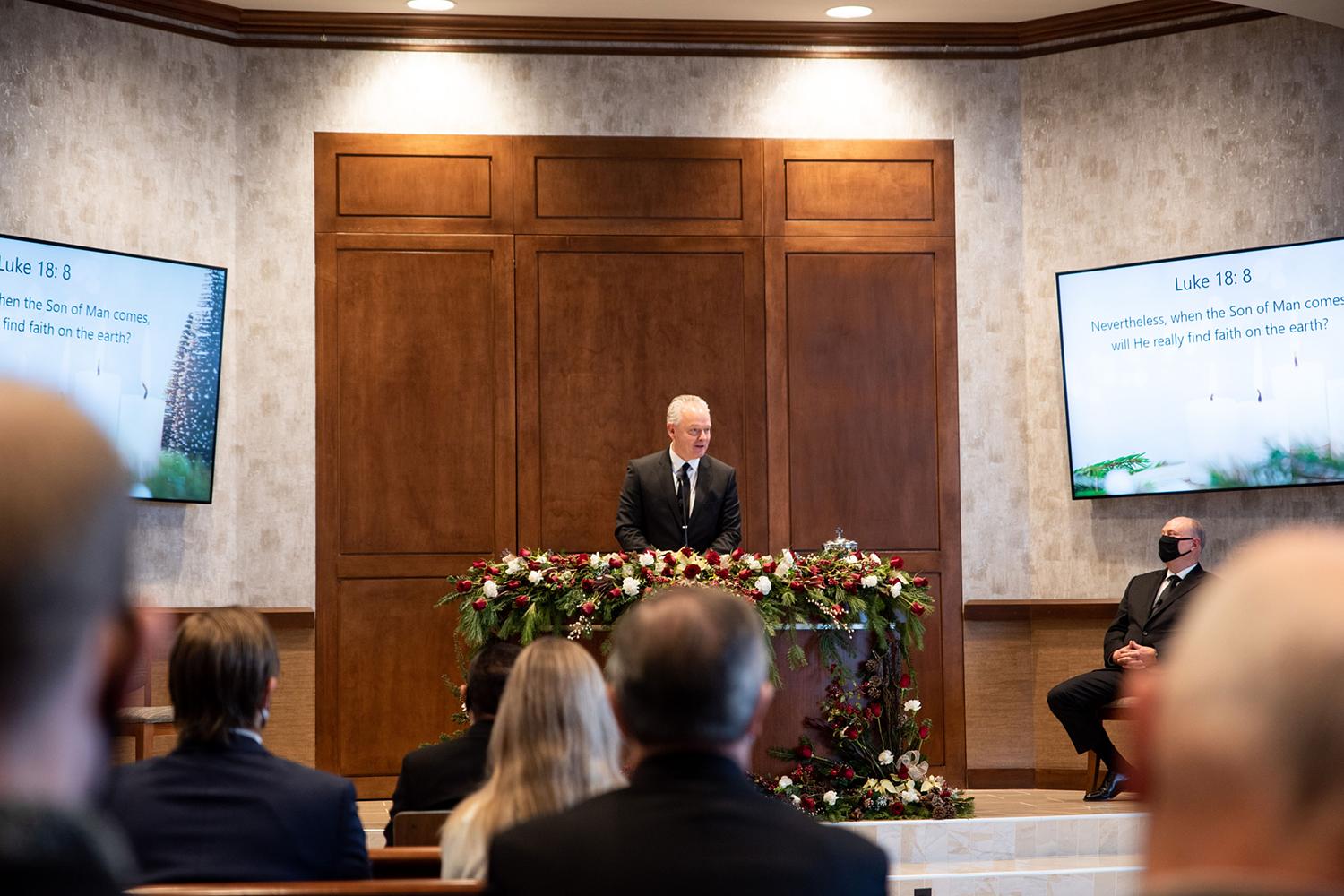 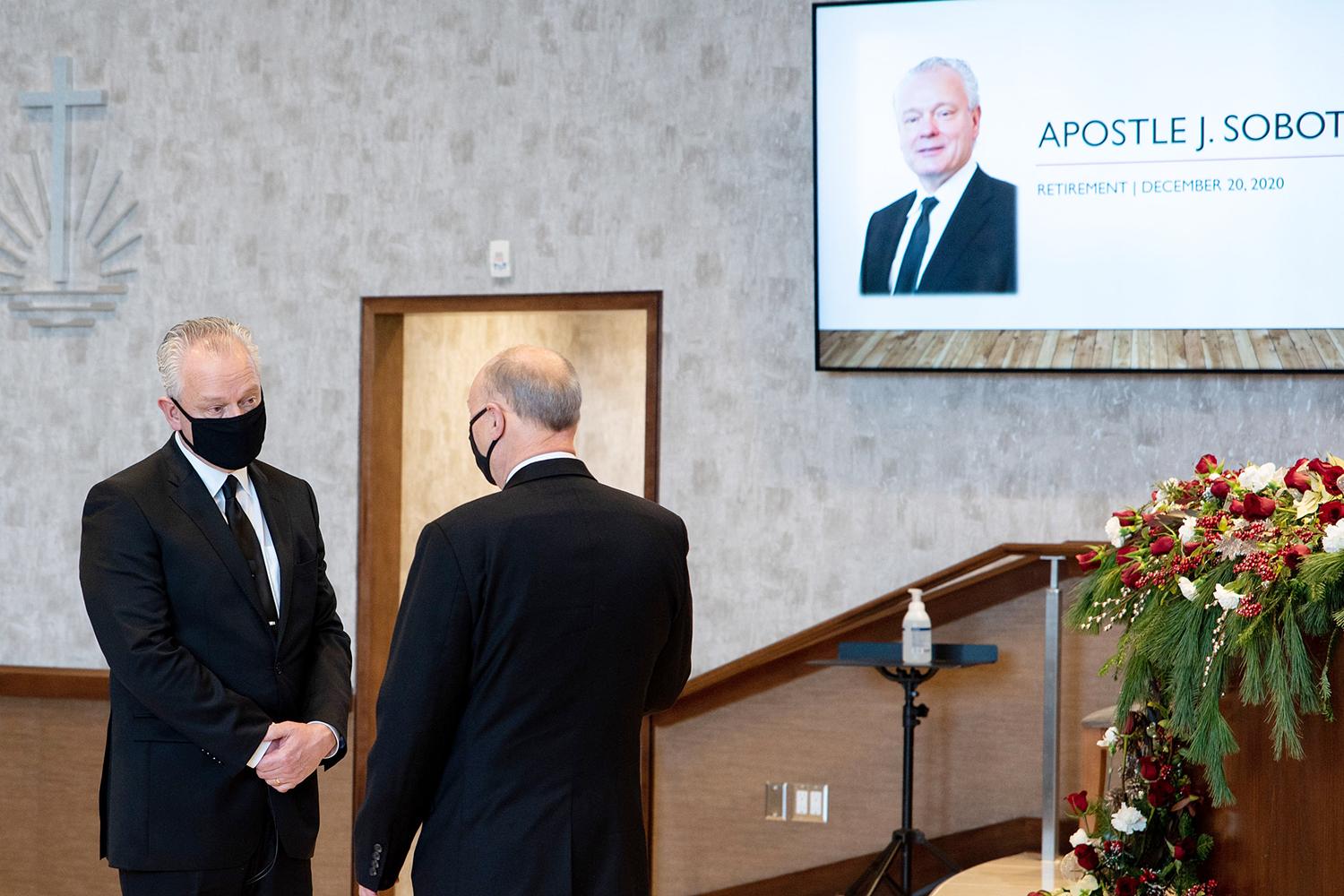 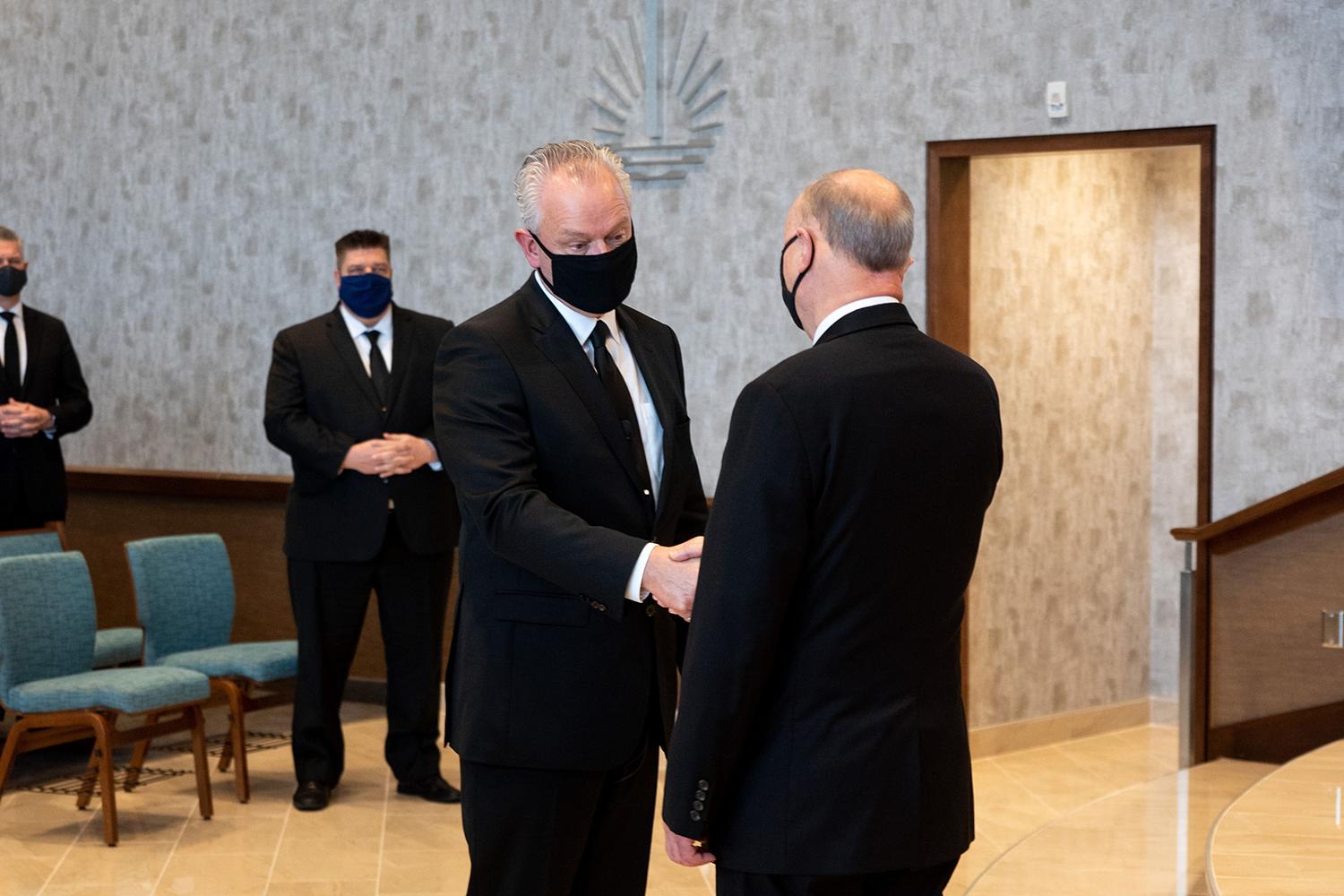 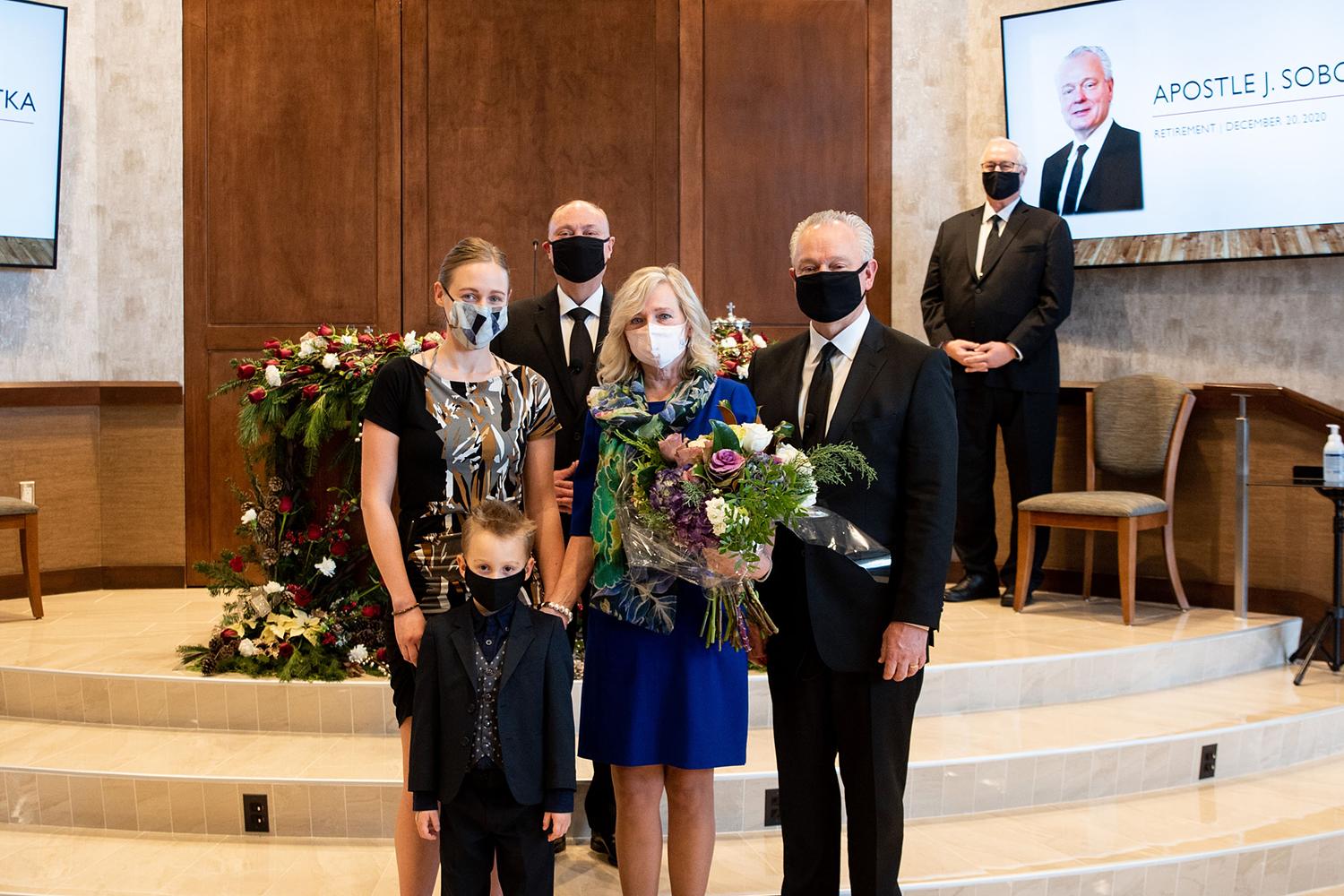