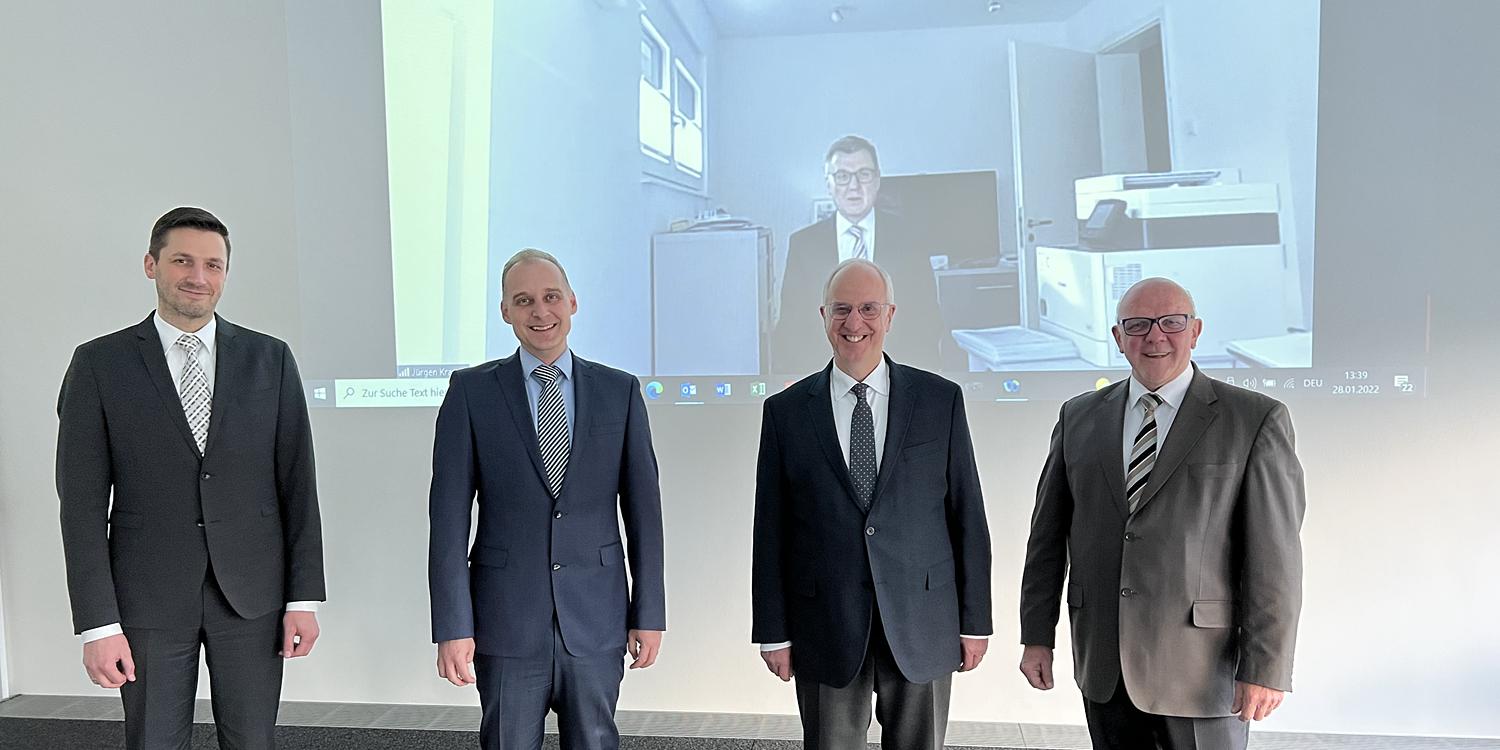 Circumspect, committed, and innovative is how the working group Contacts with Denominations and Religions (WG CDR) paid tribute to its outgoing chairman, Apostle (ret.) Volker Kühnle. He is leaving the group after 22 years as its chair.

The group’s forerunner, the project group Ecumenism, was founded by Chief Apostle Richard Fehr on 28 October 1999. At the time, this was a significant step for the New Apostolic Church as it moved into public focus. There were not many contacts to other Churches and Church organisations at the time, Bishop Peter Johanning explained in his farewell speech. Meetings were organised with great foresight, contacts were made, and invitations extended. Gradually, the work of the group took shape.

“Twenty-two years ago, there was still a great deal of mistrust towards the New Apostolic Church. Our image as a sect was still very strong. Yet there were always people in other Churches who were willing to give us the benefit of the doubt,” Apostle Kühnle summed up. “After all, there was no Catechism at the time, our understanding of church had not been redefined yet, nor had we acknowledged the universal Christian baptism yet.”

In addition to the chairman, the project group—which was founded in 1999—was staffed with Apostle Wolfgang Nadolny and Bishops Hans-Detlef Marwede and Peter Johanning. Over the years, not only the members changed, but also the name: from a PG Ecumenism it morphed into a WG Contacts with Denominations and Religions; its chairman remained.

Because of pandemic-related restrictions the handover could not take place until the end of January. The Church appointed Bishop Jürgen Kramer from Darmstadt (NAC Western Germany) as the new chairman. Further members are Apostle Matthias Pfützner (Austria) and Bishop Arne Herrmann (NAC Southern Germany). Bishop Peter Johanning will remain as project manager of the working group.

As a farewell gift, the group presented its outgoing chairman with a customised jigsaw puzzle of significant photo memories. In addition to this, an ecumenical farewell ceremony is planned for the end of April. District Apostle Rüdiger Krause will preside over the official release of the former and the appointment of the new chairman. Apostle (ret.) Kühnle will remain the New Apostolic Church’s delegate in the Council of Christian Churches in Germany (CCCG) for another year. 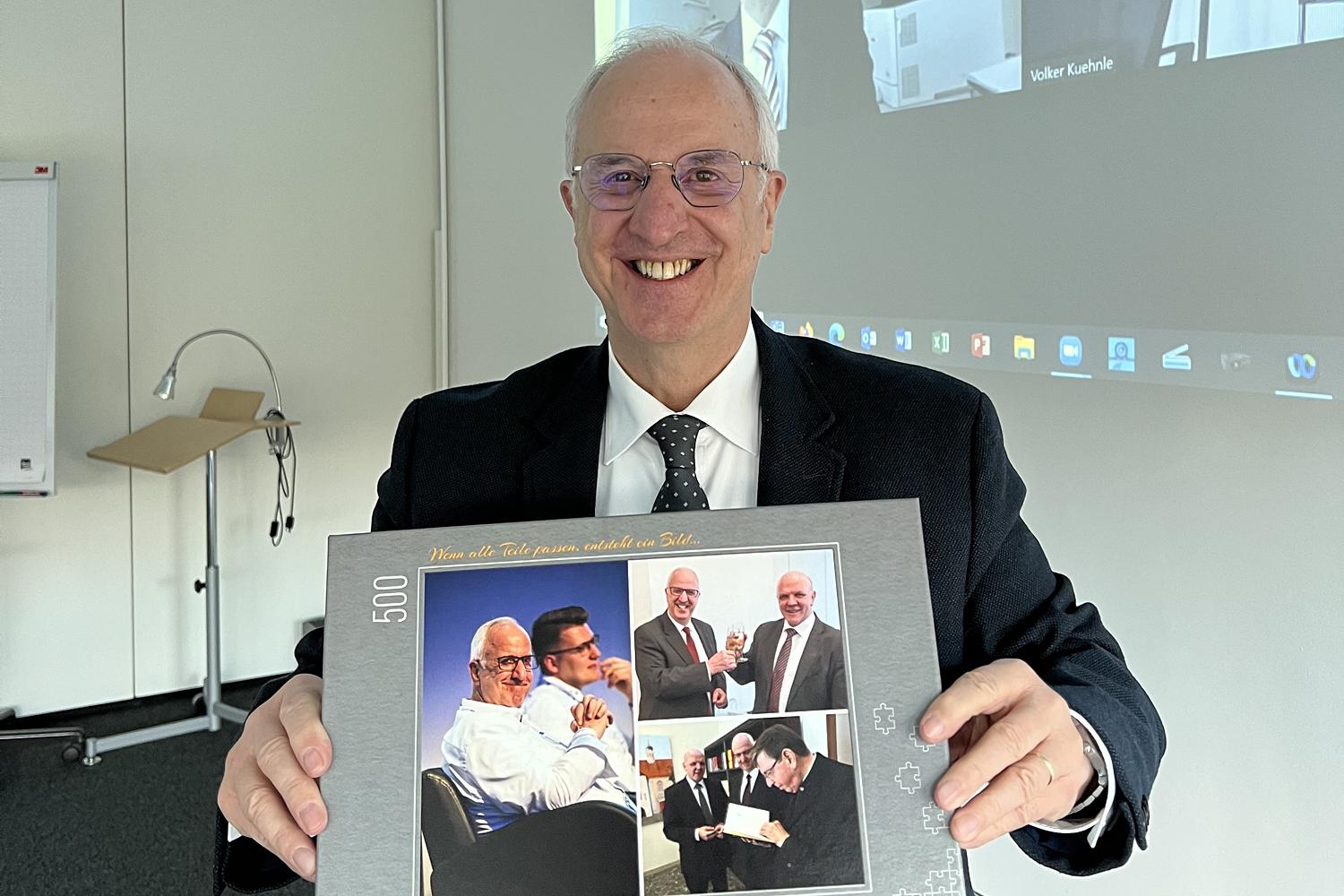