A brief history of the New Apostolic Church

The history of the New Apostolic Church (NAC) dates back to the Christian revival movements of the nineteenth century. In Southern England and Scotland, Christians of different denominations were drawn together by their shared hope in the newly reinvigorated activity of the Holy Spirit.

Starting in 1832, the declarations of prophetically gifted individuals led to the calling of twelve people to the Apostle ministry. These Apostles dispensed the gift of the Holy Spirit through the laying on of hands to prepare believers for the imminently expected return of Christ.

From the CAC to the NAC Consolidation and growth Personal responsibility: the Church begins to open up

From the CAC to the NAC ↑

By the year 1863, the original circle of twelve Apostles had dwindled to half that number. There were increasing disputes over the future-oriented question of whether the vacant positions should be filled again. This led to a split between the Catholic Apostolic Church (CAC) on the one side, and its Hamburg congregation on the other.

Now referring to itself as the Allgemeine christliche apostolische Mission [General Christian Apostolic Mission], this community remained true to the apostolic cause. From this developed the New Apostolic Congregation, which in 1930 changed its name to New Apostolic Church.

The early decades in the history of the New Apostolic Church served to consolidate unity: starting in 1897, the Chief Apostle ministry developed as the leading ministry of the Church. And it was in 1922 that the first central organisational entity—in the form of an association—came into being with the Apostles’ College.

By the year 1900, the Apostles were already active in North and South America, Africa, Australia, and Indonesia. The New Apostolic confession took on a strongly international character by the end of the 1960s. The Church was particularly popular in Africa and Asia. It was not long before the Church had surpassed a membership of one million, a mark which has since been surpassed on several occasions.

Personal responsibility: the Church begins to open up ↑

In the mid-1980s, an opening process began to unfold under the motto of personal responsibility. The starting point was the deregulation of admission to Holy Communion. This was followed by doctrinal reforms such as the recognition of universal baptism. Another highlight since that time has been the first exhaustive written record of the New Apostolic doctrine in the form of a Catechism, which was published in 2012.

At the same time, the Church also began to open up toward the outside, toward others. The starting point was the initiation of conversations with other apostolic denominations, which led to the signing of declarations of reconciliation in the 2010s. Beyond that there was also a rapprochement with other Christian denominations. Today the New Apostolic Church is represented in many ecumenical bodies around the world.

Read more in the Catechism 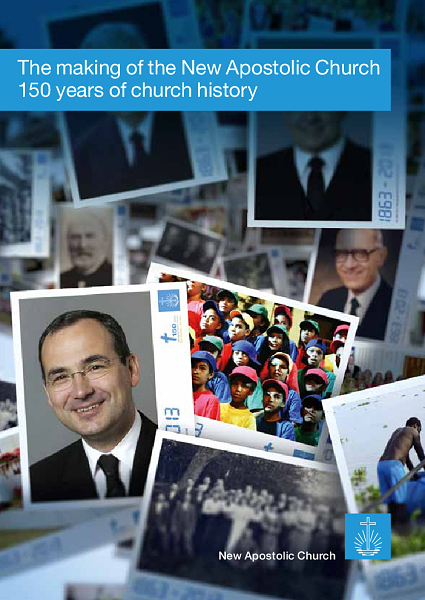