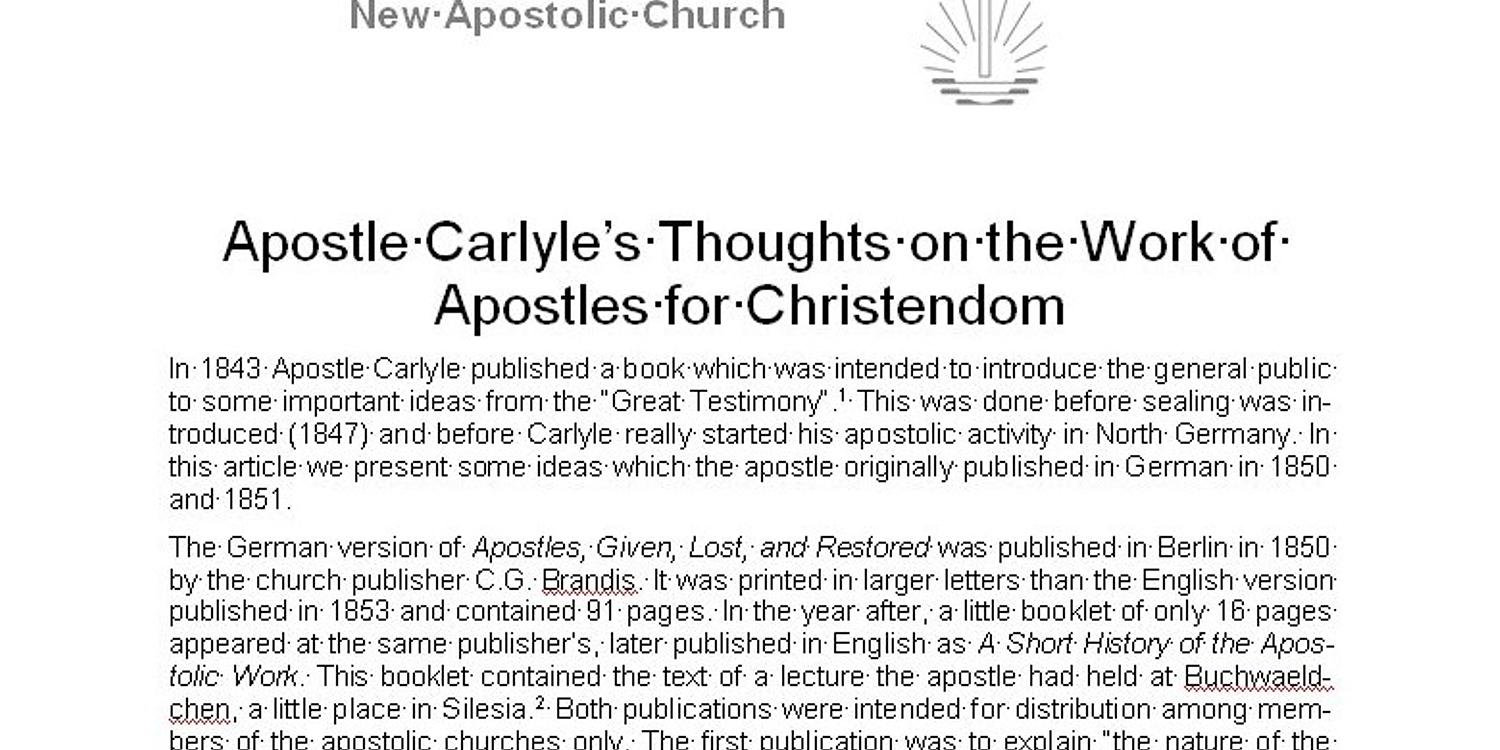 Zurich. In January 2007 we introduced a treatise in the New Apostolic Church magazine Our Family by way of which Apostle Carlyle had sought to express some important thoughts from the “Great Testimony” to a larger audience in 1843. This occurred prior to the introduction of Holy Sealing (1847) and before the actual start of his activity in Northern Germany. Here we would like to familiarise our readers with thoughts that the same Apostle published in the German language in the years 1850 and 1851.

The 91-page book entitled “Apostles Given, Lost, and Restored” was published in 1850 by C. G. Brandis in Berlin. A short booklet of only 16 pages was published in 1851 by the same publisher under the title “A Short History of the Apostolic Work”. This was the printed version of a seminar that the Apostle had given in the congregation of Buchwäldchen (Silesia) on 4 April 1851. Both texts were only meant to be distributed among members of the Apostolic congregations. The first of these texts was to explain the “nature of the work … which has been accomplished by the Apostles, and which is yet to be accomplished by the Apostles.” The second was to point out what had already happened and what would yet come to pass through the Apostles before the return of Christ.

Apostle Carlyle’s Thoughts on the Work of Apostles for Christendom

Apostles Given, Lost, and Restored

A Short History of the Apostolic Work