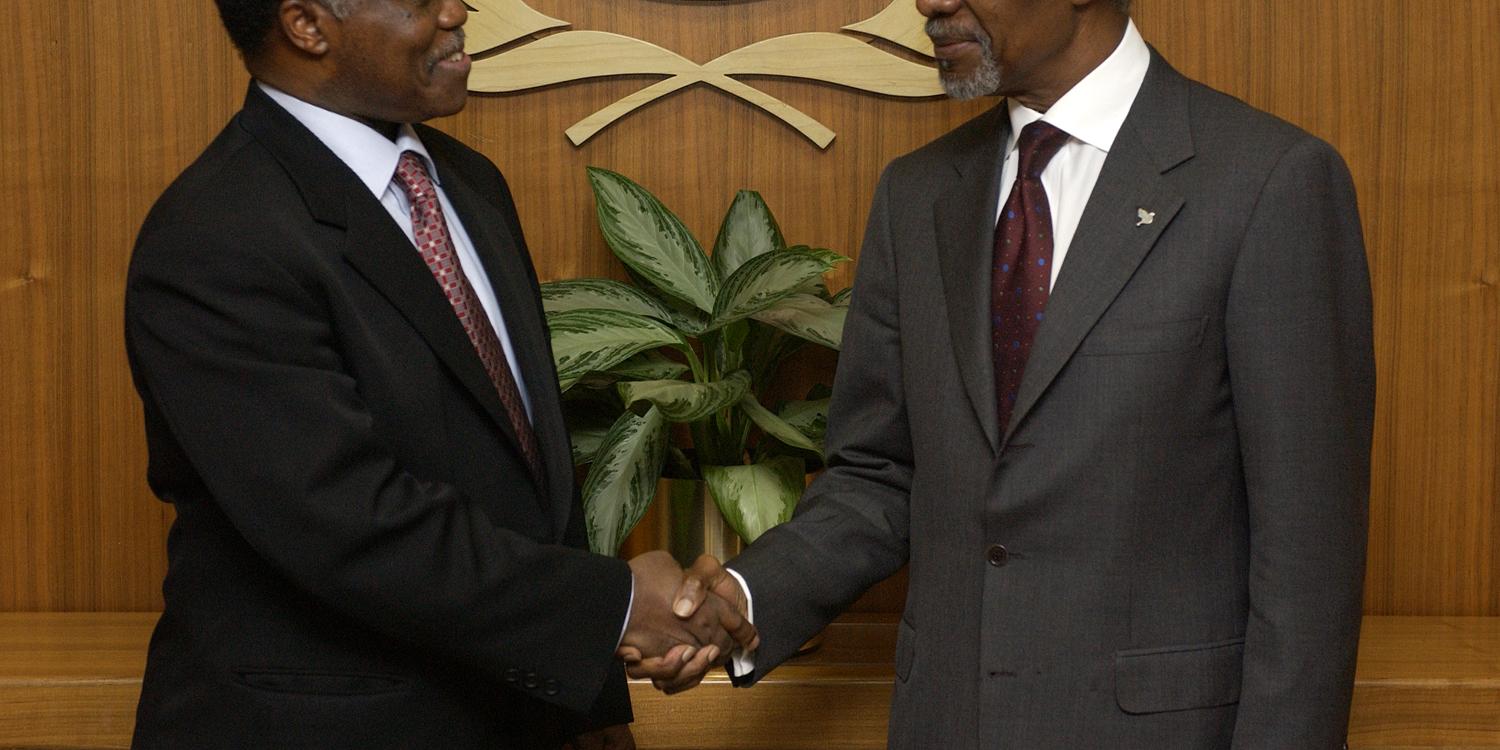 An appeal for global prayers for peace

Zurich. “God of Life, Lead Us to Justice and Peace.” So reads the motto for this year’s Day of Prayer for Peace on 21 September. The World Council of Churches (WCC) is calling on its members to set a special accent with global prayers for peace. The New Apostolic Church will once again participate in this effort, and will also offer up prayers for peace in all its congregations around the world on Sunday, 22 September.

The WCC has consciously chosen this motto and provides the following explanation: “The nine words together are a statement of faith, a cry of hope, an affirmation of unity, and a pledge to discipleship. Some may meditate on the words; others may pray by finishing one of the sentences. This peace prayer day please join us in prayer.“

About the International Day of Prayer for Peace

The website of the WCC states: “The international Day of Prayer for Peace offers an opportunity for church communities in all places to pray and act together to nurture lasting peace in the hearts of their people, their families, communities, and societies.” The idea was originally proposed at a meeting between WCC General Secretary Dr. Samuel Kobia and UN Secretary General Kofi Annan concerning the role of the churches in the peace process.

There has been a UN-sponsored Day of Peace since 1981. At the time, the General Assembly of the United Nations adopted Resolution 36/67, which resolved to introduce an International Day of Peace. As of 2001, it has been observed every year on 21 September. The objective of the resolution is a global day of peace and nonviolence.

This year the Church will once again participate in this effort. The Bible text that will be used as the basis of all New Apostolic divine services on 22 September is recorded in the gospel of Luke: “Now as they said these things, Jesus Himself stood in the midst of them, and said to them, ‘Peace to you’” (Luke 24: 36). These words are taken from the account of the disciples of Emmaus. Here the Risen One appears to His disciples, who are afraid, supposing Him to be a “spirit”. By way of His greeting, “Peace to you”, Jesus not only takes away their fear but also identifies Himself. Their fear is turned to joy, their uncertainty becomes certainty, and their grief is transformed into confidence!

May this apply to all people all around the world!

You can find detailed information on the International Day of Prayer for Peace on the website of the World Council of Churches.