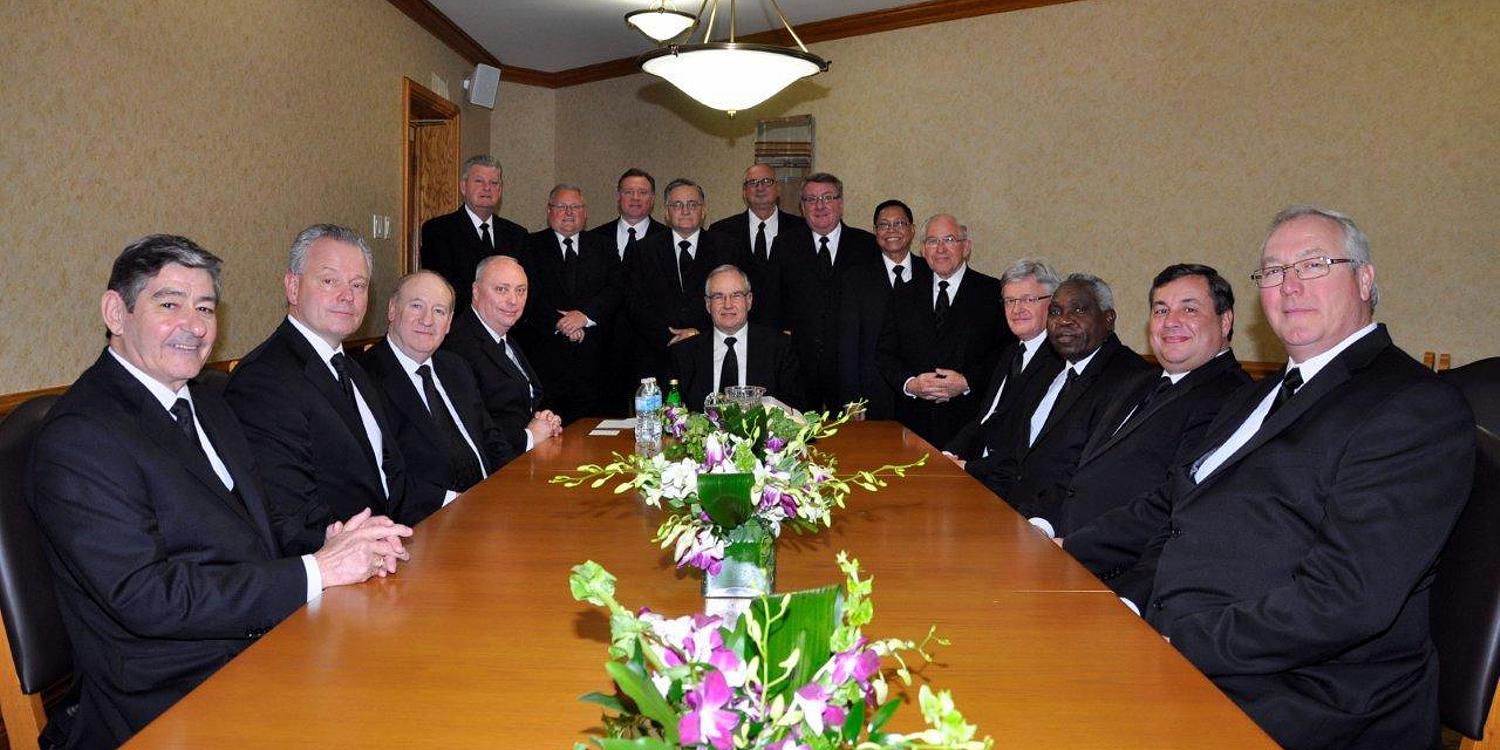 Kitchener/Zurich. Friday, April 12, 2013: Months of planning and anticipation culminated with the visit of Chief Apostle Wilhelm Leber  to Kitchener to conduct a special divine service on the occasion of the retirement of Apostle Ken Kreutner. The divine service was held on a Friday in order to accommodate an onward visit also to the United States. A total of 1,017 participated in the divine service in the Kitchener Central congregation in Kitchener, Ontario, Canada.

What was a rainy and dull day quickly was all forgotten when the gathered district of Kitchener experienced the warmth and love showered to all from the Chief Apostle words of hope and blessing during the divine service. Chief Apostle Leber used a bible word from Acts18: 9-10 …

Now the Lord spoke to Paul in the night by a vision, “Do not be afraid, but speak, and do not keep silent; for I am with you, and no one will attack you to hurt you.”

In his own words, Chief Apostle Leber expressed from the outcome of the divine service how he felt very connected to the congregation – after all he lived in this exact area while attending University as a young man and this being his last trip to Canada as Chief Apostle, it was a special time for all to experience.

The service quickly turned to thankfulness and those that are thankful our Heavenly Father will not forget and they will experience His love in a very special way. As a father would speak to his children, Chief Apostle Leber gently expounded on this being the “year of profession”, and how it is not easy to always profess ones faith is not necessarily preaching but rather it was all the little things – it starts in our family circle and our dealings with our neighbors. Our profession of faith is our living hope and belief that the Lord will return for us and when others see this in us, they too will want to be part of this living faith.

Apostle Kreutner also had one last time to serve before what is his home congregation as the ambassador of Christ. Apostle Kreutner served as a minister for 49 years of which almost 13 as an Apostle. He too expressed his thankfulness for all things he could experience in our living faith. He encouraged us to stand up for our faith and remain firm.

Chief Apostle then called on the District Apostle Charles Ndandula from Zambia to conclude the sermon portion of the divine service.

The Chief Apostle had invited not just District Apostle Ndandula to accompany him on this visit but also the District Apostles Kolb(U.S.A.), Krause(Germany) and Passuni(Agentina), however time limited just the one to serve along. 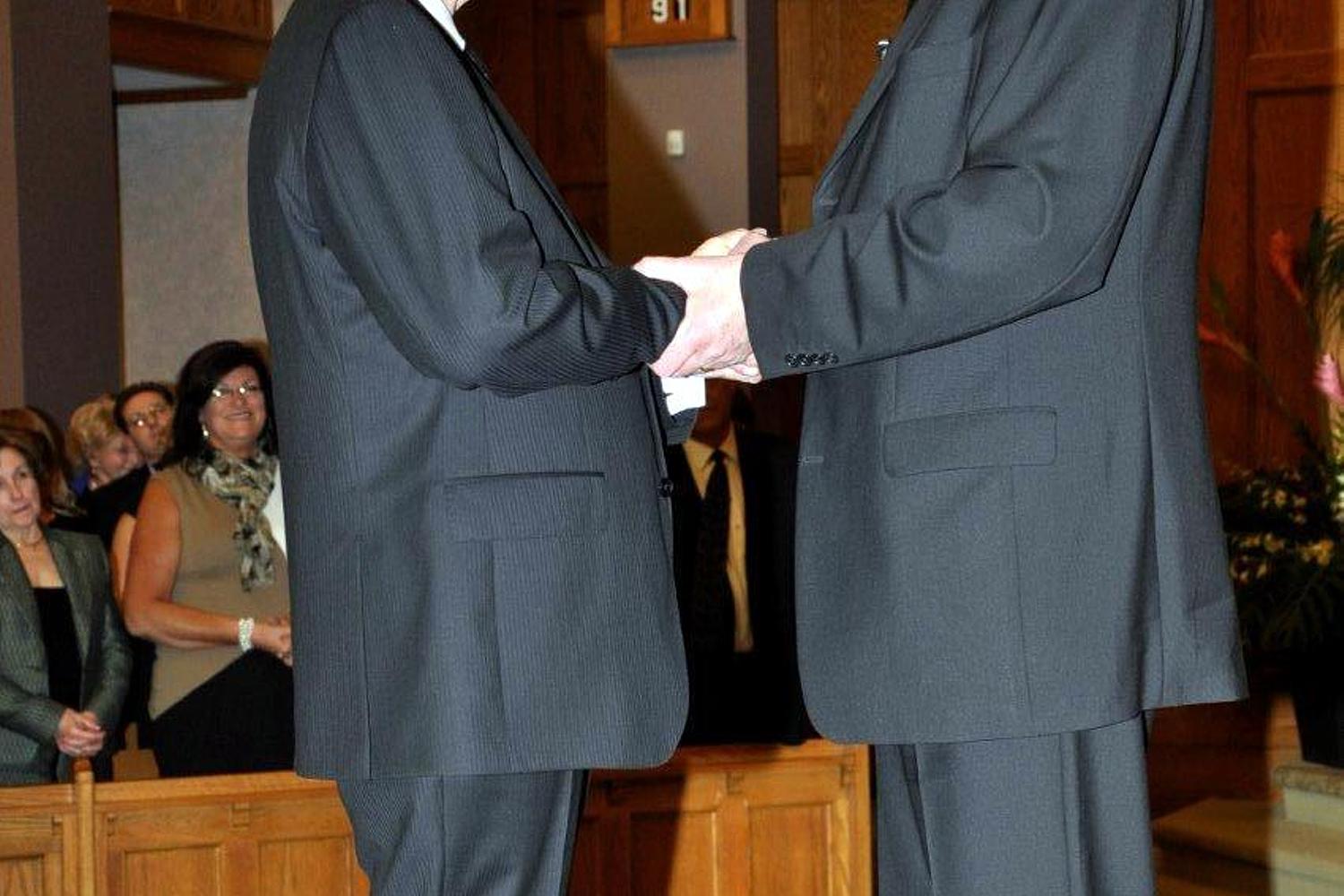 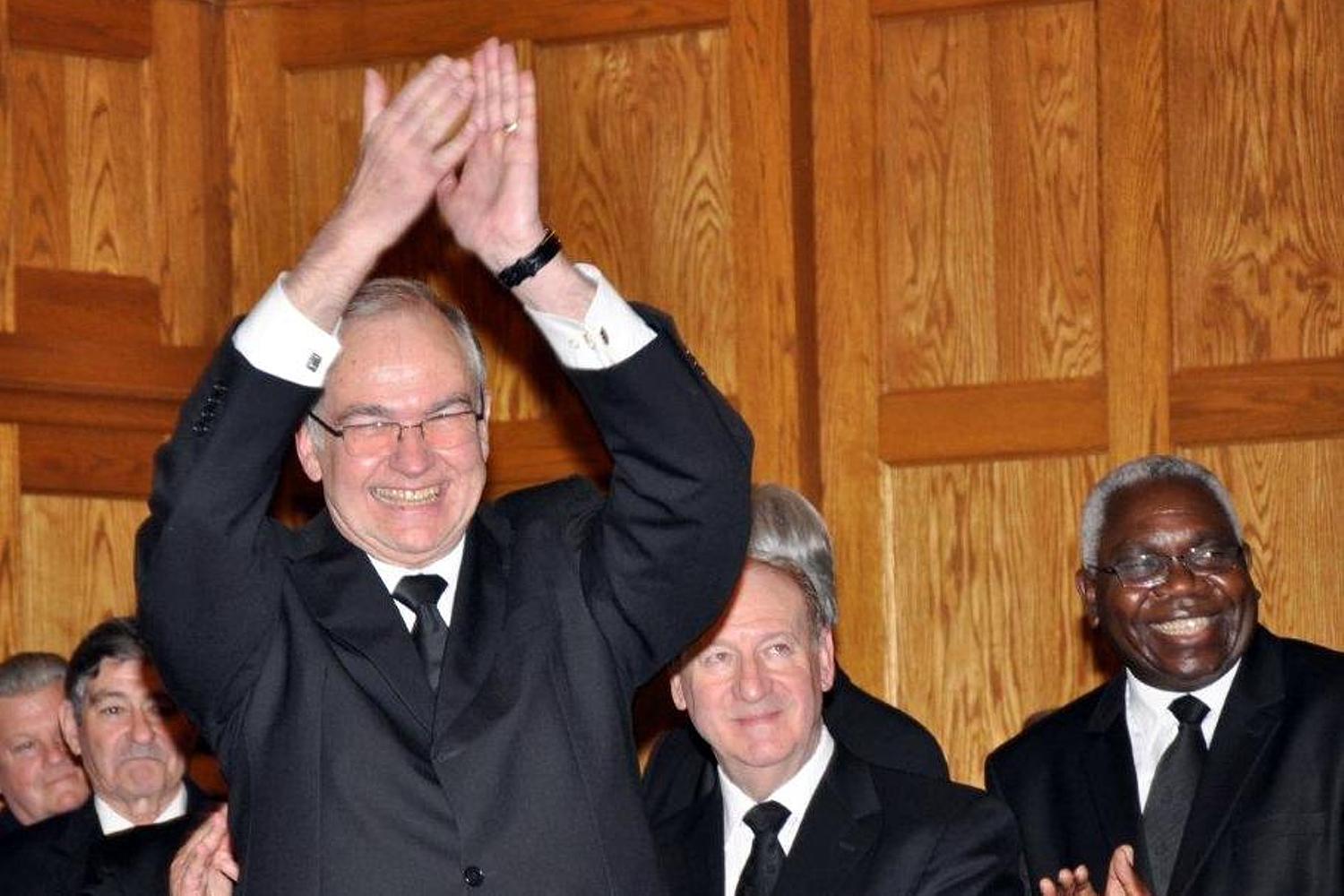