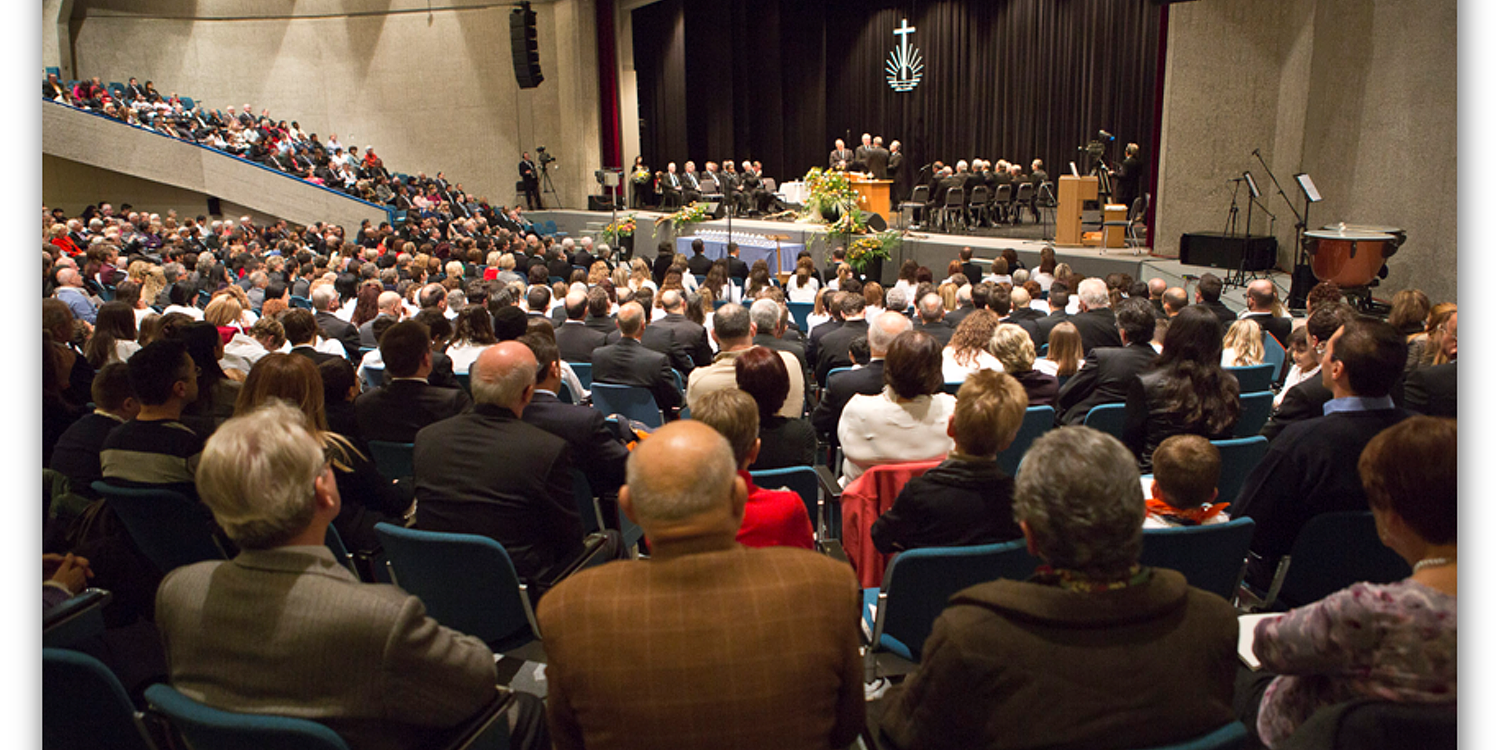 Lugano/Zurich. “But do not forget to do good and to share, for with such sacrifices God is well pleased” (Hebrews 13: 16). Such was the Bible text which the international Church leader, Chief Apostle Wilhelm Leber, used as the foundation for the divine service he conducted in Lugano, Ticino on the last Sunday of October. The District Church of Switzerland was given a new Apostle for its work in the southern portion of the country, but Jürg Zbinden will in future also be responsible for the work of the Church in Italy.

Just before ordaining the new Apostle, Chief Apostle Leber retired the Italian-speaking Apostle Orando Mutti with solemn words. For 35 years he had worked as a minister of the Church, eleven of them as an Apostle. “The word ‘impossible’ was not in your vocabulary! This testifies of the strength of faith which lies within you, but which you also imparted to others joyfully,” wrote the Church leader in reference to his retirement from active ministry. He then went on to assure the retiring Apostle for the future that “the good that you have done will never pass away.”

The gift of a new Apostle

Following this retirement, the hitherto Bishop Jürg Zbinden (54) was ordained to the Apostle ministry. Already in August of this year, District Apostle Markus Fehlbaum, who is responsible for the region, informed the congregations of his large working area of this change by way of a circular letter (we reported).

In his sermon the Church leader emphasised that one must not focus on material or financial sacrifices alone, but also direct attention to spiritual sacrifices. “Wherever God is at work, sacrifices are also necessary. Doing good deeds for our neighbour is a sacrifice which the Lord regards with favour,” concluded the Chief Apostle. “Let us therefore share the riches of our faith with others!”

The New Apostolic Church of Switzerland serves several other District Churches. The working area of the responsible District Apostle Markus Fehlbaum extends across fifteen countries, which are home to some 57,000 Church members in 600 congregations. The work of the approximately 3,100 ministers is supported by the Zurich administration and several national secretariats in the various countries. 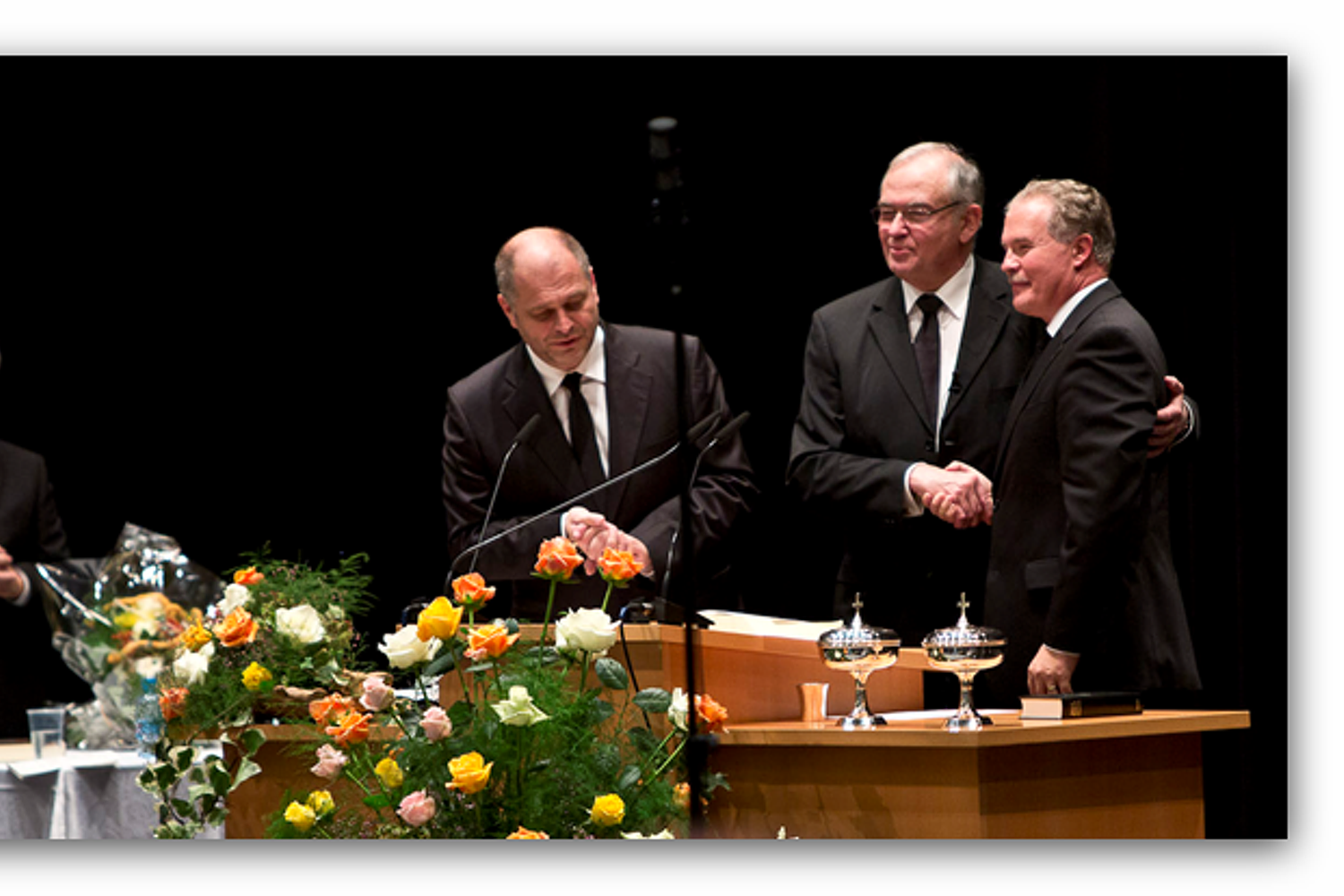