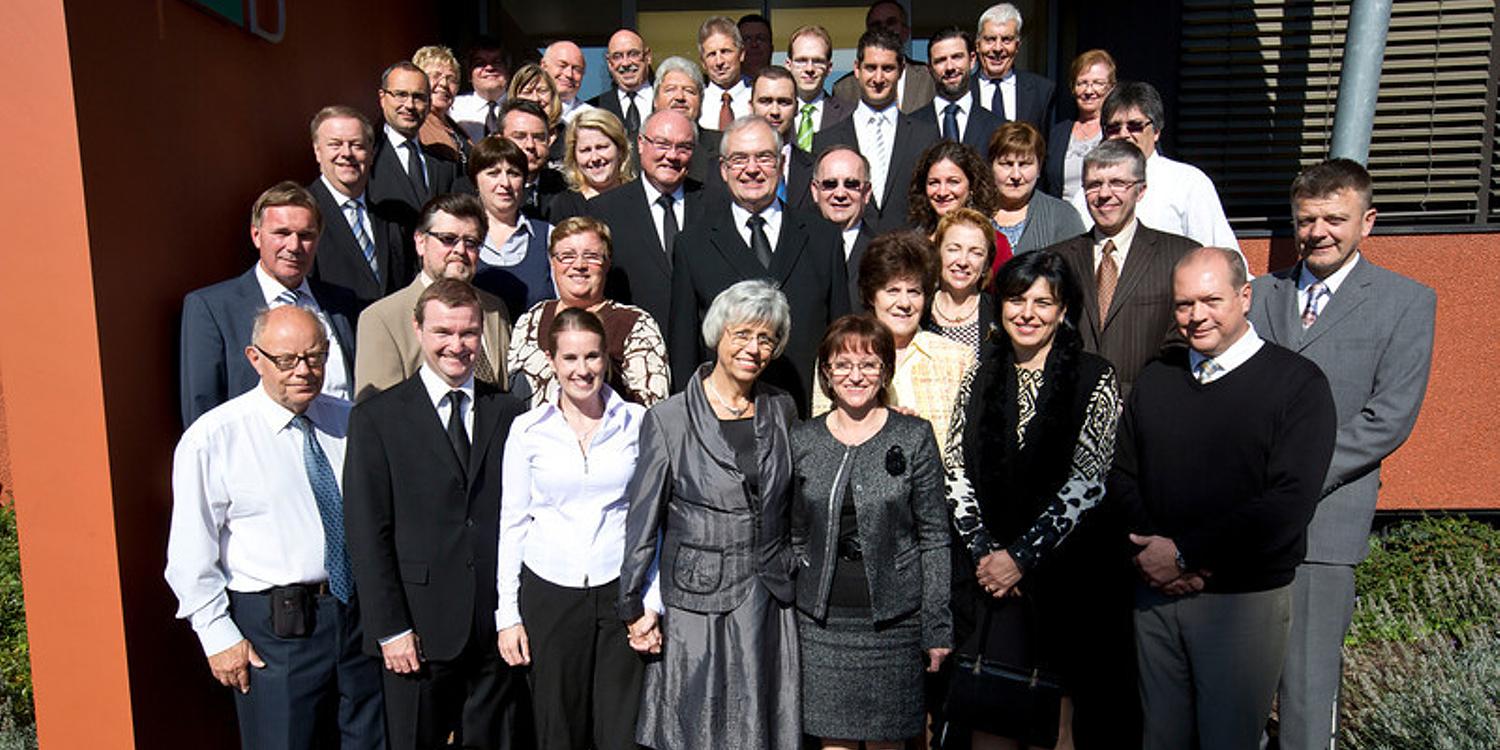 A short visit of thanks to the interpreters

Zurich/Frankfurt. During the divine service for the European ministers of the New Apostolic Church, nearly 30 interpreters were busy translating the sermon into their mother tongues. Chief Apostle Wilhelm Leber, who conducted this divine service in the congregation of Frankfurt West, surprised them with a visit after the service. Their meeting took place in the Church-owned Friedrich Bischoff publishing house in Frankfurt.

After the ministers’ service, which had taken place in Frankfurt, the international Church leader came to make a brief visit to the nearby Bischoff publishing house. In the process he paid tribute to the work of the interpreters and expressed his sincere thanks to all of them for performing the very challenging task of translating a divine service into another language.

From Armenian to Polish

A total of 29 interpreters translated the sermon into 20 languages so that it could be understood throughout the many congregations of Europe. Some 550 congregations were connected via satellite, while others were linked by internet and telephone.