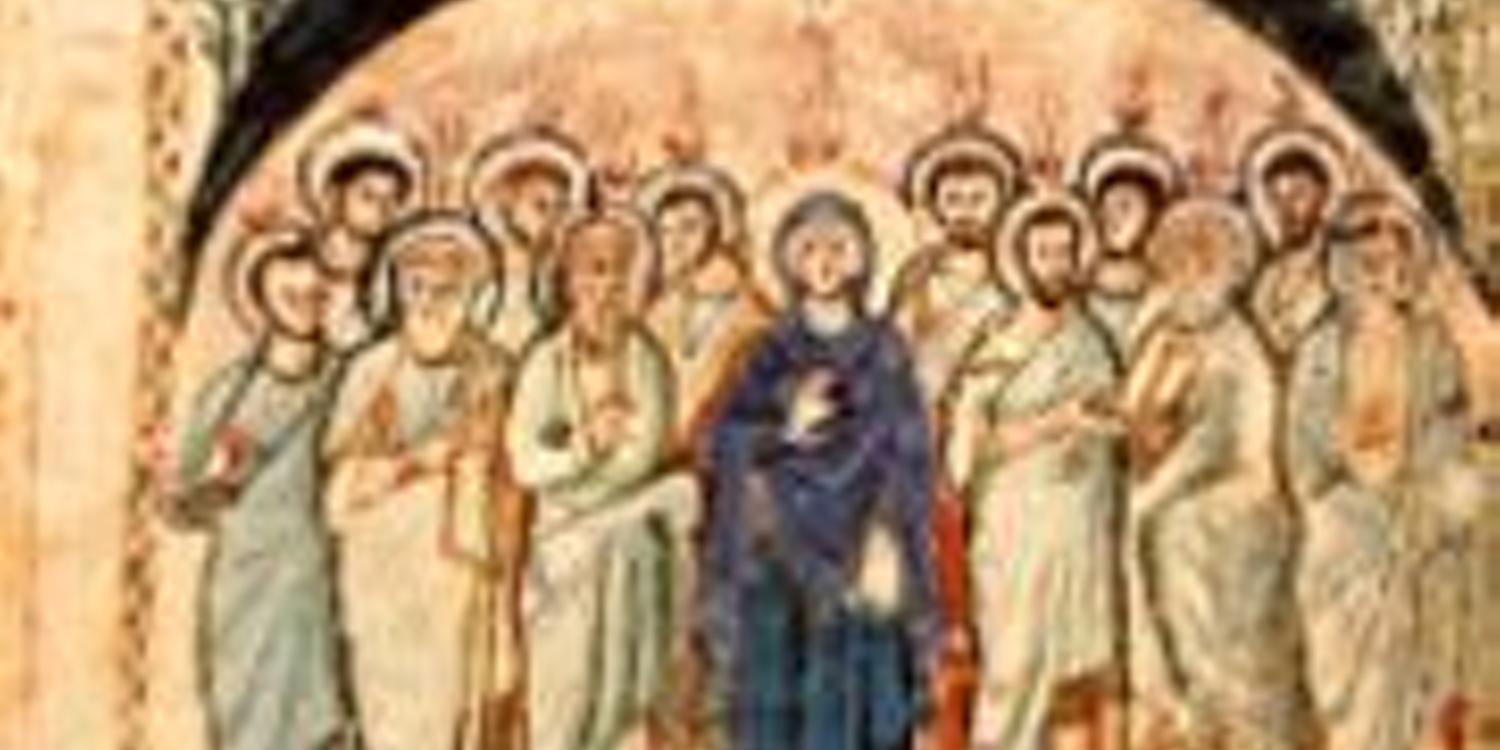 Outpouring of the Holy Spirit in the Rabbula-Evangeliar (586). Photo: wikipedia

For some, Pentecost is merely a celebration of spring, for others it is the birthday of the church. The word “Pentecost” derives from the Greek “pentekoste”, which is a reference to the “fiftieth” day. The feast of Pentecost is thus calculated as being the fiftieth day after Easter. In ancient times, Easter Sunday was counted as the first day in this calculation, which would actually put the feast of Pentecost on Pentecost Monday.

On the fiftieth day after Easter, the time had finally come: the Holy Spirit, whom the resurrected Jesus Christ had promised to send, came to the earth. Many people were gathered in Jerusalem on that day. All of them were celebrating a happy festival of the harvest. The second chapter of Acts relates the following about these events: “And suddenly there came a sound from heaven, as of a rushing mighty wind, and it filled the whole house where they were sitting. Then there appeared to them divided tongues, as of fire, and one sat upon each of them. And they were all filled with the Holy Spirit and began to speak with other tongues, as the Spirit gave them utterance.”

The feast of Pentecost was taken over from Judaic tradition, where it was originally known as the “Feast of the Ingathering” of the firstfruits into the temple (cf. Exodus 23: 16). Later on it also came to be known as the “Feast of Weeks” (cf. Exodus 34: 22). Over the course of time the content of the feast also came to be defined by expressions of thanks for the Law given to Moses on Mount Sinai (Exodus 19-24). The Feast of the Passover was a commemoration of the people’s exodus from Egypt, and thus a celebration of Israel’s independence. The Feast of Weeks eventually became more of a feast of thanks for the proclamation of the Torah, the “divine constitution” of the people.

People had come to celebrate this feast from all countries of the Roman Empire. The many people who had come to Jerusalem all heard this “rushing mighty wind,” and gathered together in the same place. Each of them was quite surprised to hear the preaching of the disciples in his own language. And they cried out: “Look, are not all these who speak Galileans? And how is it that we hear, each in our own language in which we were born?” (Acts 2: 6-8).