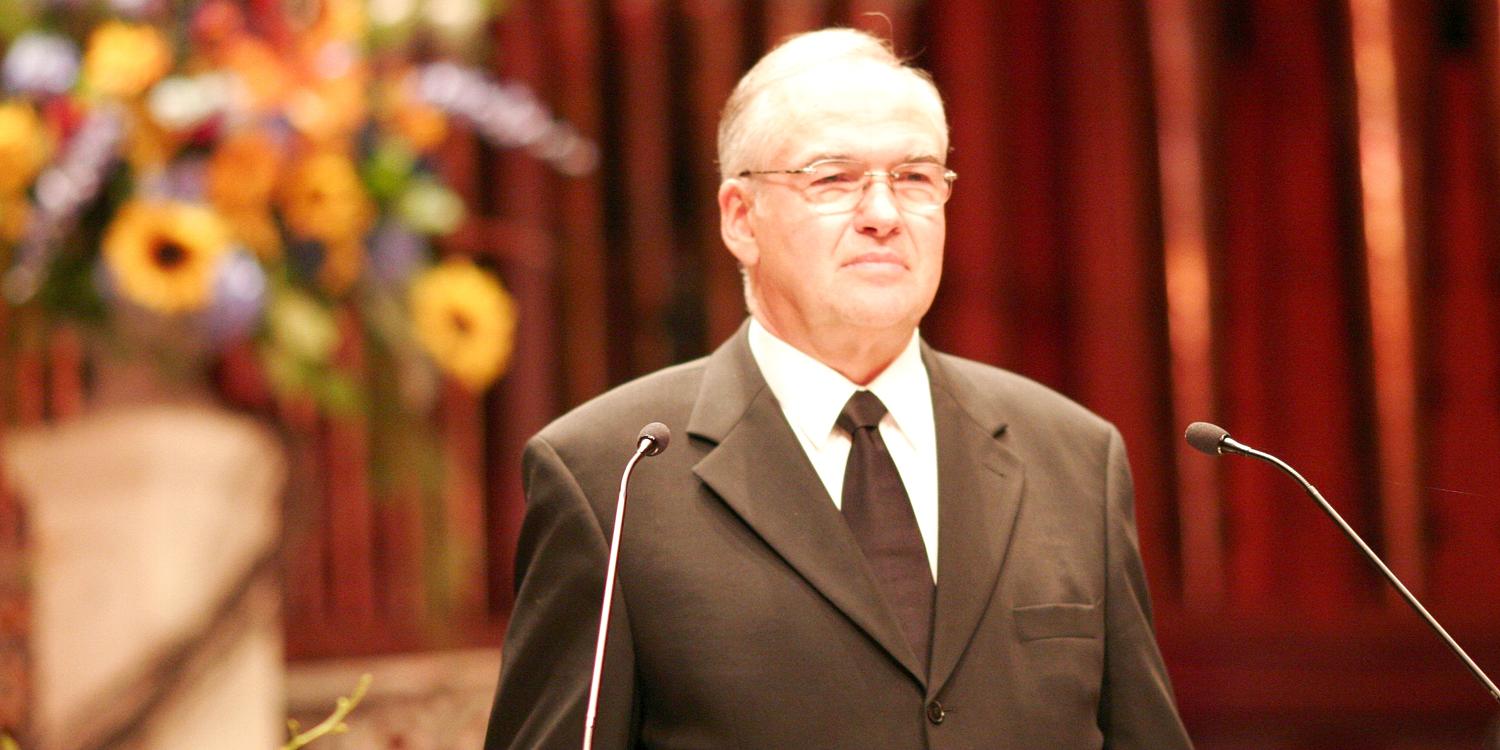 New York. Yesterday, Chief Apostle Wilhelm Leber conducted a divine service in New York. At the start of his serving he made mention of the fifth anniversary of the September 11th tragedy where he said, "Still today we pray for the souls of the thousands who died, still today we are full of compassion towards the families who have suffered and who still suffer today."

The Chief Apostle then read a special text word to serve as encouragement for the future, "Therefore, since we are receiving a kingdom which cannot be shaken, let us have grace, by which we may serve God acceptably with reverence and godly fear" (Hebrews 12:28). These words were especially significant to the assembled congregation in New York as many of the members were directly impacted by the events of that tragic day.