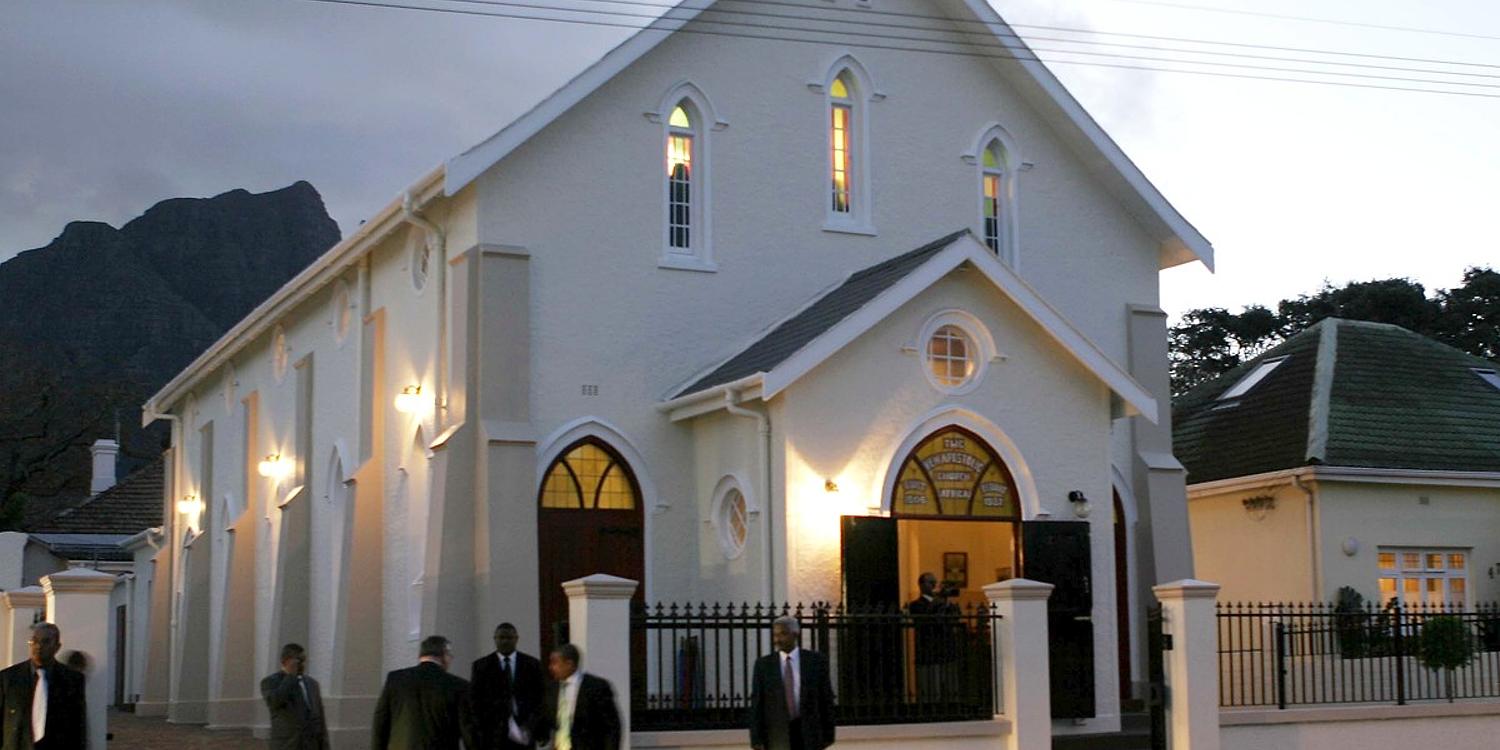 Cape Town. Divine service transmission from Cape Town: Chief Apostle Wilhelm Leber conducts this year’s Pentecost service in the New Apostolic Church in Tafelsig, a gigantic church edifice that offers seating for 4,000 people. Approximately 1.5 million New Apostolic Christians are connected by satellite transmission, and before the start of the divine service, viewers around the world are treated to a film about the 100-year history of the New Apostolic Church in Cape Town. “Welcome to Cape Town, the mother among the cities of South Africa.”

In 1889 Apostle Carl Klibbe came to the African continent—to Cape Town—from Australia. There he painstakingly gathered a small New Apostolic congregation. Soon it became necessary to build a church in which regular divine services could be conducted. The nine New Apostolic families somehow managed to collect 700 pounds. The cost of a piece of property in Palmyra Road in Claremont was 175 pounds. The remaining 525 pounds were just enough to construct a small church, which was completed in the notably short time of four months. It was dedicated on Pentecost, 4 June 1906—exactly 100 years before the Chief Apostle’s visit! This small chapel was the first New Apostolic Church erected in Africa.

The dedication ceremony was impressive, and began with a reading of the 122nd Psalm by Apostle Klibbe. He went on to give an explanation of the text he had read, and admonished his listeners to return to the simple and plain truths of the Christian faith. After his opening address and a brief sermon, the German General Consul, Baron von Humboldt, addressed the assembly. He called upon the listeners to be good citizens. The mayor of Claremont, H. Hands, directed the attention of the assembled group to the short time in which the building had been completed. This, he said, demonstrated the power of diligence and personal sacrifice. He wished the congregation every success imaginable.

Divine services in the newly dedicated church were conducted in English, German, and Dutch, and would take between three and four hours.

In 1932 the church on Palmyra Road was expanded and completely renovated. Today it commonly hosts ministers’ meetings, seminars, and weddings. In addition the church is home to a small collection of photos and memorabilia from its proud 100-year history (see photos below).

Some 1,000 congregations with around 500 church buildings and a current membership of more than 290,000 souls in the Cape District have come out of this first New Apostolic congregation in Africa. In some regions of the Cape peninsula, membership has grown so tremendously that a number of churches have had to be erected in close proximity to one another. The Tafelsig church—the largest New Apostolic Church building in the world—is surrounded by several congregations. In other regions of the Cape, our church buildings are counted among the most striking buildings and attractions in the city landscape.

You can find more information about the Cape District on its official Website. 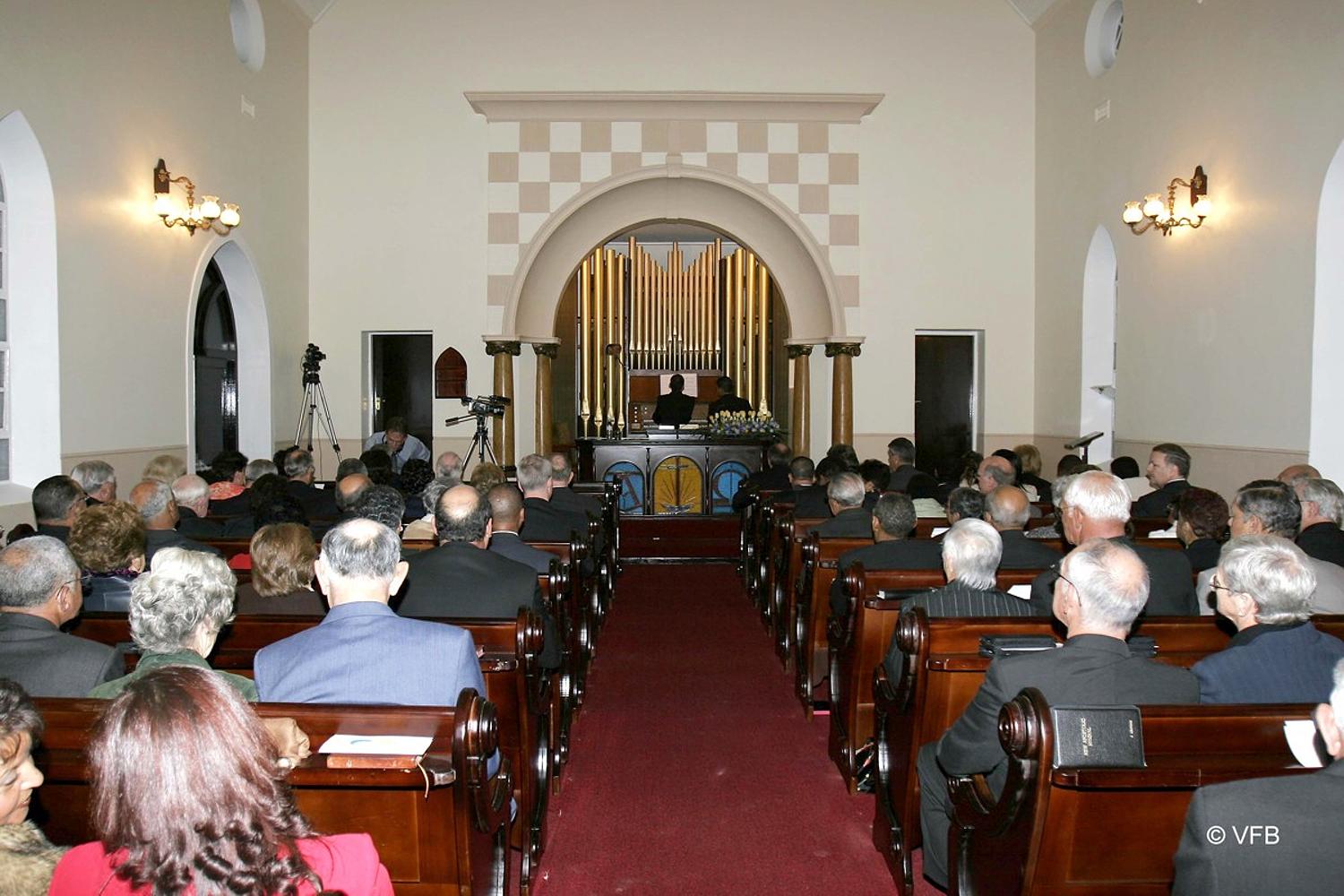