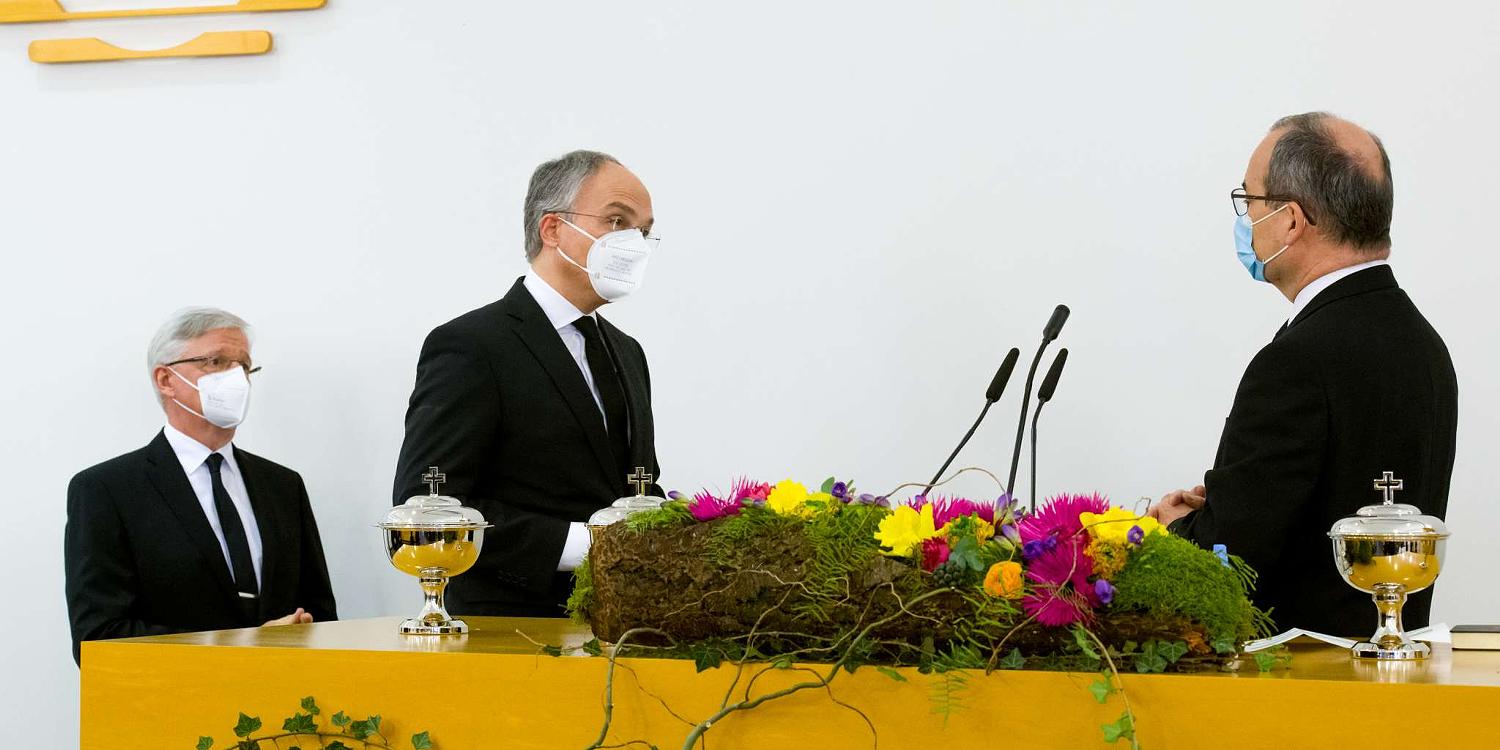 Zurich/Gaggenau. The New Apostolic Church Northern and Eastern Germany has a District Apostle Helper. In a divine service on 28 February 2021, Apostle Helge Mutschler (46) was assigned new tasks by the Chief Apostle.

The president of the New Apostolic Church International attested to the excellent cooperation between the new District Apostle Helper and the other Apostles: “I know that you will work hand in hand and I also know that the Apostles in Northern and Eastern Germany will do so: they all stand behind the District Apostle and you. There is not a single problem and that makes me very happy,” the Chief Apostle stated.

The assignment was performed with liturgical words, which Helge Mutschler confirmed by saying yes. The Chief Apostle completed the act with a prayer. This makes Helge Mutschler one of eight currently active District Apostle Helpers in the New Apostolic Church.

From the south to the north

As previously reported, the divine service took place in Gaggenau in the southern part of Germany. On account of pandemic-related restrictions, the divine service was transmitted by satellite and streamed on the Internet. Interestingly, the city of Gaggenau is only 75 kilometres away from Apostle Mutschler’s former hometown. Apostle Mutschler currently lives in Hannover with his wife and two children, where he worked as a lawyer for many years. 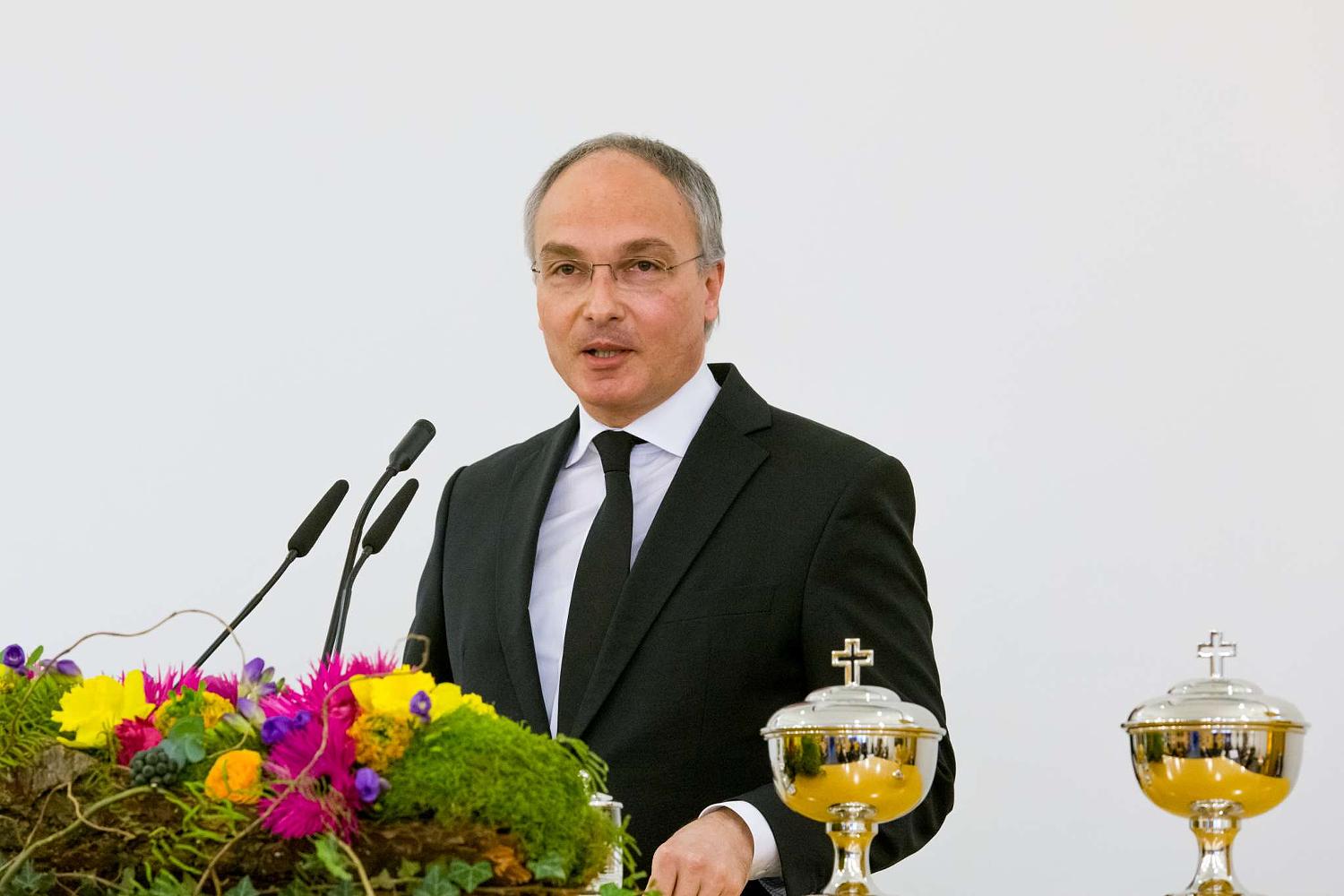