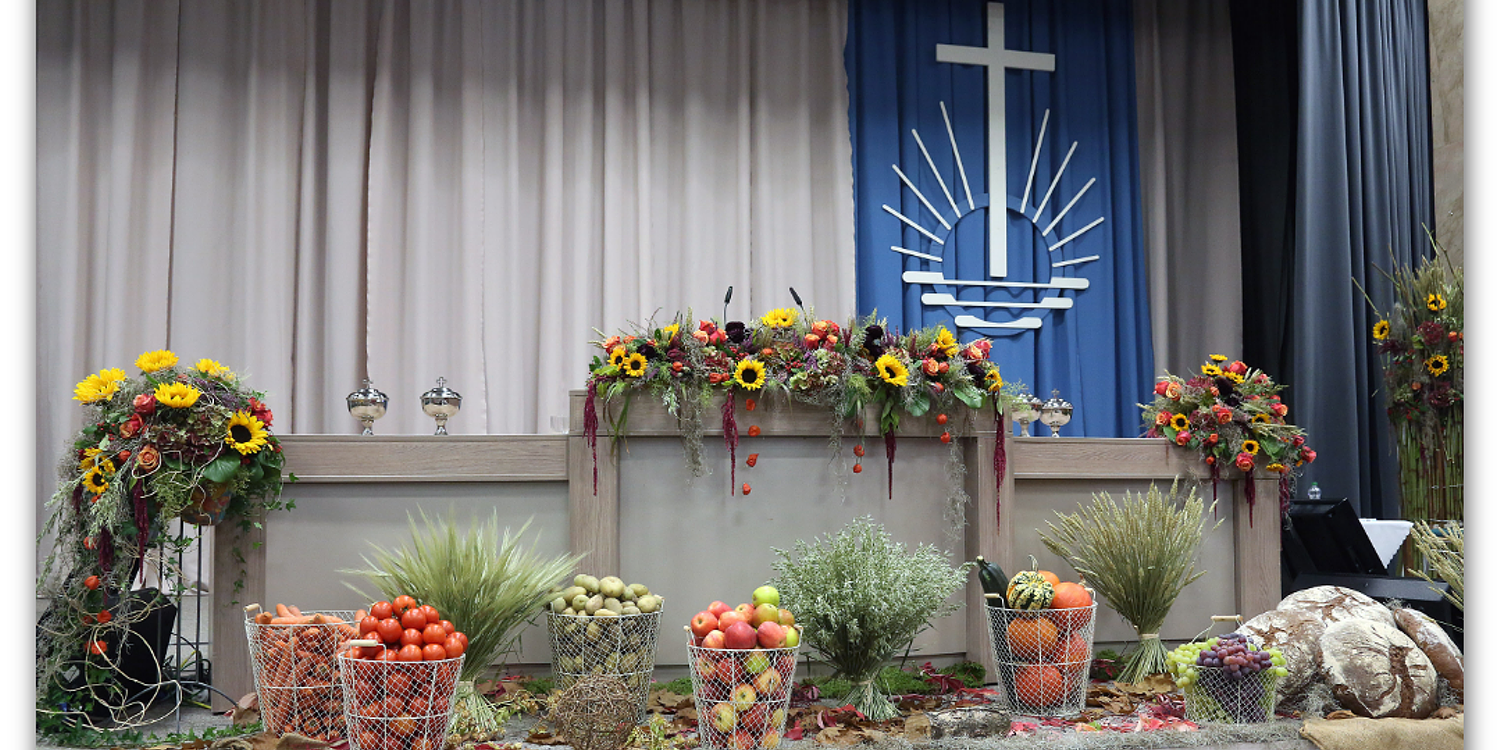 “My message for Thanksgiving: work for Christ!”

Zurich/Duisburg. “Every day let us do something for Christ! That is my message on this Thanksgiving Sunday.” It was with this striking statement in the Sunday divine service that the international Church leader, Chief Apostle Wilhelm Leber, addressed the many thousand who attended the divine service in Duisburg and those in the congregations linked by satellite transmission. A Bible text from Psalm 35: 18 was the focal point of his sermon: “I will give You thanks in the great assembly; I will praise You among many people.”

Showing gratitude on Thanksgiving Day was the main theme of the divine service. “As we do so,” noted the Chief Apostle, “our thankfulness should not only be directed at natural and material things. It is also worthwhile to express gratitude for spiritual goods in particular.” The spiritual leader of all New Apostolic Christians went on to list the various disturbances that might work against such a basic attitude of thankfulness in our hearts, for example, dissatisfaction, envy, a lack of appreciation, and a desire for more and more. “Being content with little things, on the other hand, creates a thankful heart,” noted the Chief Apostle. In his sermon he recalled the words of Martin Luther: “Gratitude is an essential attitude for the Christian”. The Church leader went on to express: “That is what really matters. Let us concentrate on the essential.” He then called to mind the parable of the labourers in the vineyard, which the Son of God, Jesus Christ Himself, related. All of these labourers received the same reward even though they had worked for different amounts of time. From this Chief Apostle Leber concluded that we should look less to the reward, but more to the work that we are to do for the Lord: “Do something for Christ every day! That is my message on this Thanksgiving Sunday!”

Apostle Rainer Storck is 54 years of age and lives in Rheinberg with his family. An appointment as a District Apostle Helper is not an ordination to a ministry, but rather the assignment of firmly defined tasks for a specified period of time. The new Helper will now have sufficient opportunity to work his way into all areas of this leadership level.

A central divine service once each year

Once each year, in a central divine service attended by at least the European congregations in his large working area, District Apostle Armin Brinkmann addresses all the members in his care. This is made possible through the use of satellite technology. The divine service on Sunday took place in Duisburg’s Glückaufhalle. The hosting District Apostle had invited all Apostles and Bishops from the European region of his District Apostle district to the city on the Lower Rhine. This amounted to a total of eight Apostles and twelve Bishops from Armenia, Germany, Lithuania, the Netherlands, and Portugal. District Apostle Jean-Luc Schneider, the current Chief Apostle Helper, was also present. 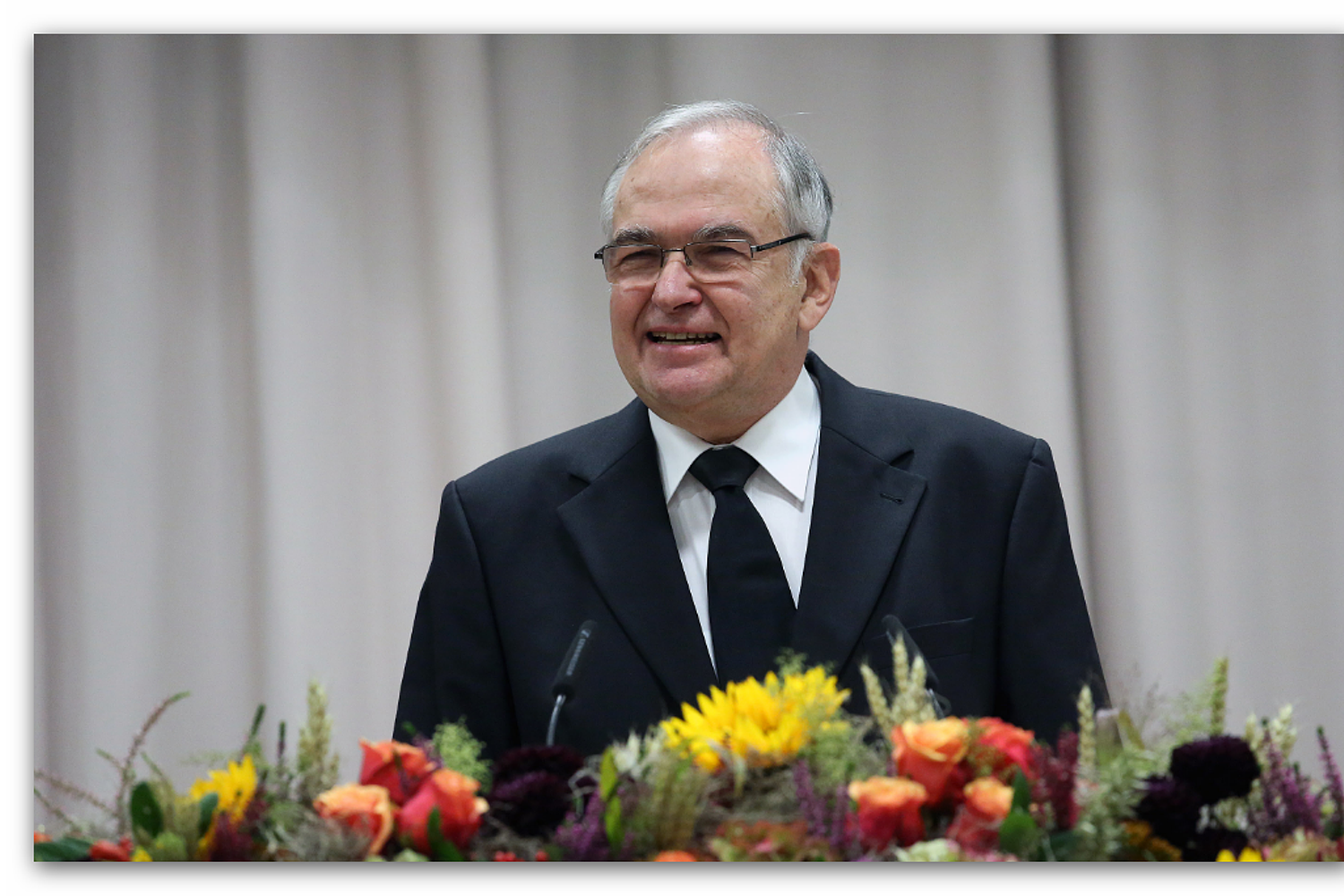 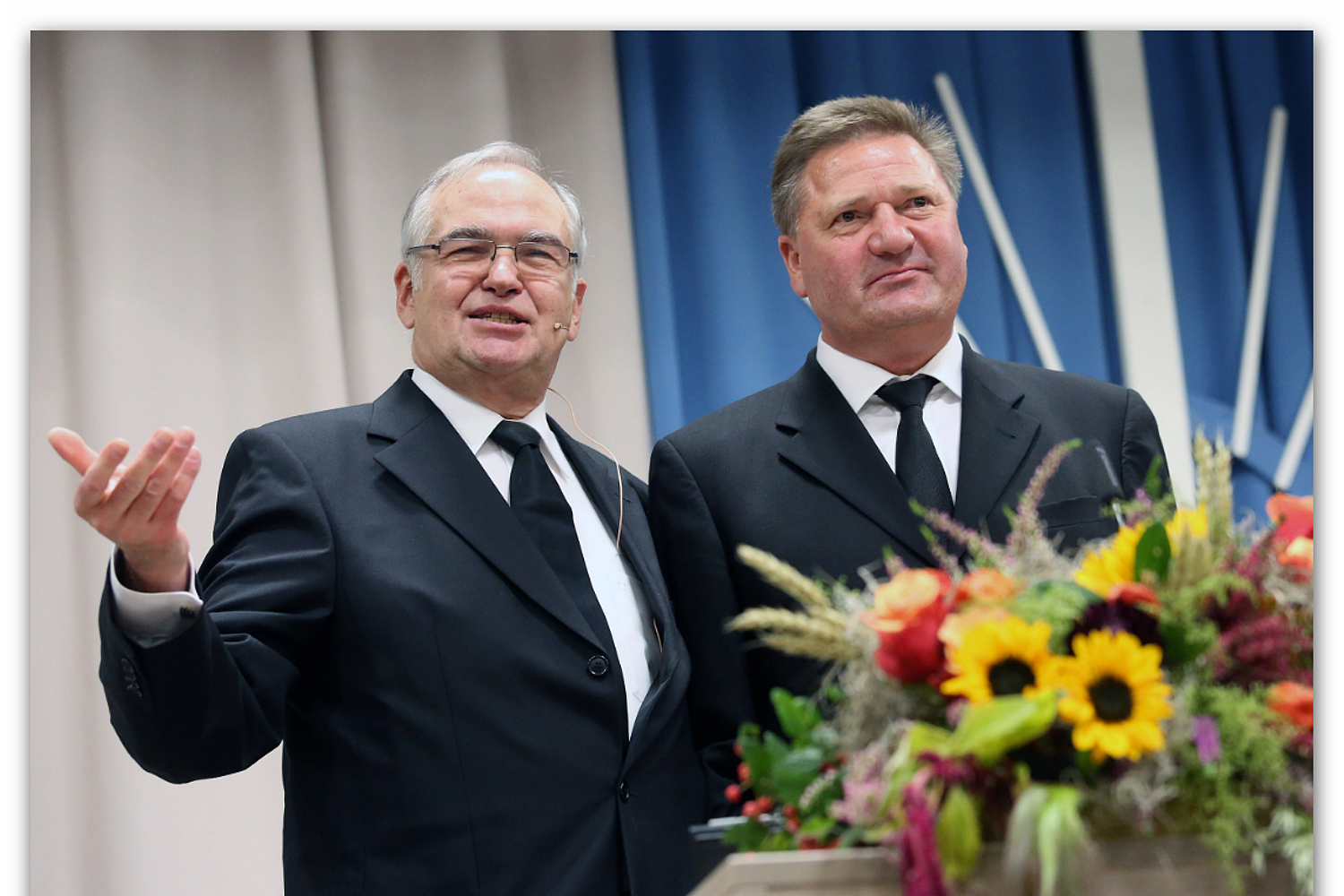